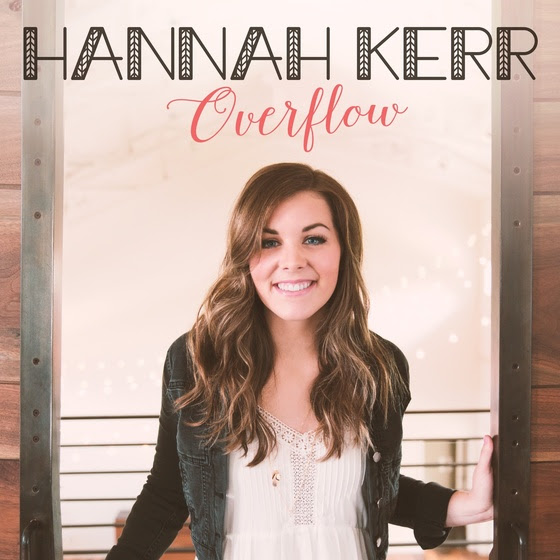 'Overflow,' her debut full-length album, is now available on all digital formats

Singer/songwriter Hannah Kerr has joined Casting Crowns and Matt Maher on "The Very Next Thing Tour," which just kicked off in El Paso, Texas. The tour will hit close to 40 markets across the U.S. The most current tour schedule can be viewed HERE.

On the heels of the tour comes the digital release of Kerr's first full-length album, "Overflow," which releases on Black River Christian/Provident Label Group. The 11-song LP is available HERE at iTunes and everywhere else digital music is sold, as well as on every stop of "The Very Next Thing Tour."

"Overflow," the follow-up to Kerr's 2015 EP release, "I Stand Here," was produced by Sawyer Brown's Mark Miller (producer all of Casting Crowns projects, which have sold 10 million to date). "Overflow" features guest vocals from Casting Crowns' Mark Hall ("Be Still And Know"), and seven of the 11 songs were co-written by Kerr along with artists/songwriters such as Maher and Meredith Andrews, to name a few.

The album's next single is "Radiate," co-written by Kerr along with her brother, Josh Kerr, who's written two No. 1 country songs (Kelsea Ballerini's "Love Me Like You Mean It" and "Dibs"). "Radiate" goes for adds today and is the follow-up to her current single, "Undivided," now at AC radio.

Before heading out for "The Very Next Thing Tour," Kerr returned from an active few days earlier this month at CMB/Momentum in Orlando where she met with numerous radio stations and attended various events.

For the latest information and to keep up with Hannah Kerr, visit HannahKerrMusic.com.