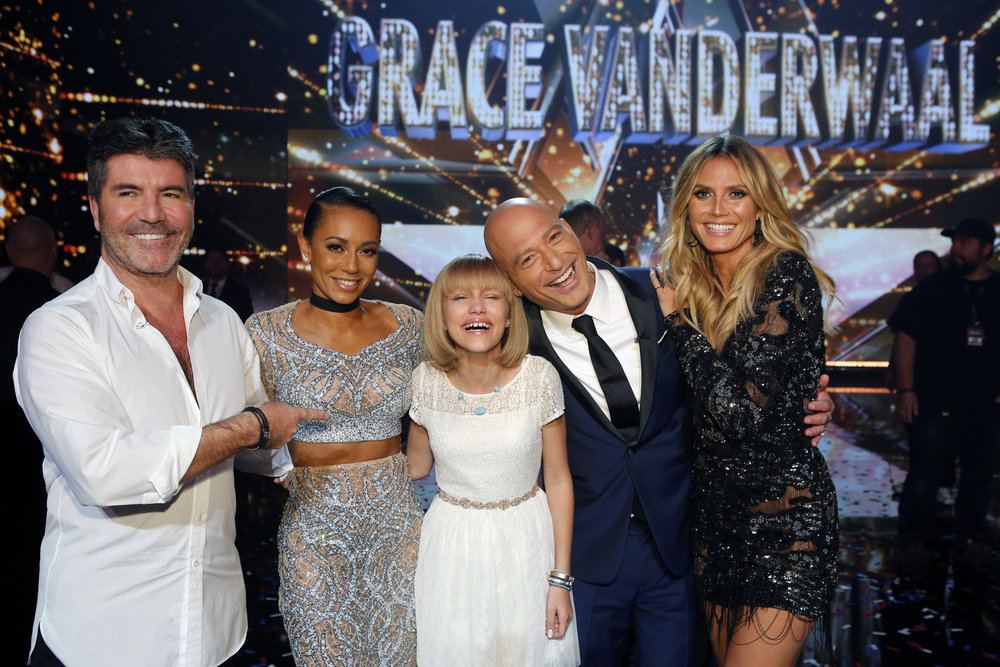 Season finale garnered most votes in show's history; season 11 is the most-watched in 5 years

The votes are in and America has chosen Grace VanderWaal as winner of the 11th season of "America's Got Talent."

This season of "America's Got Talent" concluded at the Dolby Theatre in Hollywood with a star-studded live finale featuring performances by the 10 finalists, along with Paula Abdul, Il Volo, Jersey Boys, Stevie Nicks and The Silhouettes.

VanderWaal, who lives in New York, began writing songs when she was 3 and loved performing her originals for family. She took piano lessons at 4 and started playing the saxophone when she was 10. For VanderWaal's 11th birthday, she bought a ukulele with her birthday money and learned to play by watching YouTube videos. She has grown as an artist by performing at various open mic nights around New York and New Jersey, and continues to learn music theory from a local musician.

VanderWaal will headline inside the PH Showroom at Planet Hollywood Resort & Casino in Las Vegas on Oct. 27-29. She will be joined by The Clairvoyants and Tape Face, as well. Ticket information can be found at AGTvegas.com.

Auditions for season 12 of "America's Got Talent" will kick off in Chicago on Nov. 12 and will make 10 stops throughout the country, including Austin, Texas; Cleveland; Jacksonville, Florida.; Philadelphia; Las Vegas; Charleston, S.C.; Memphis; Los Angeles; and New York. For full details or to submit an online audition, visit www.AGTAuditions.com.

"America's Got Talent" has ranked as the No. 1 broadcast network series throughout the summer, finishing No. 1 among all primetime entertainment programs on the "Big 4" networks every week it's aired this summer in both adults 18-49 and total viewers. With an average 3.1 rating in 18-49 and 13.8 million viewers overall for its Tuesday edition, "Talent" is delivering its top-rated season in 18-49 in three years and its most-watched season in five years. Versus one year ago, the Tuesday "Talent" is up 7 percent in 18-49 rating and 10% percent in total viewers.

The "Got Talent" format holds the Guinness World Record as the most successful reality TV format. The show can be seen in 190 markets worldwide with more than 500 million global viewers since it began airing in 2006. "Britain's Got Talent" is the U.K.'s highest-rated entertainment show of the century and, in 2009, discovered the global singing sensation, Susan Boyle, who has sold 19 million records to date.

"America's Got Talent" was created by Simon Cowell, who also served as judge this season.