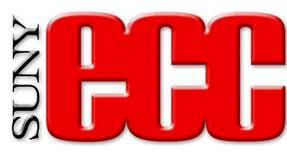 SUNY Erie Community College President Jack F. Quinn Jr. will retire following the school's 2017 commencement. The college will embark on a presidential transition plan that includes creation, this week, of a search committee.

Quinn, a U.S. Congressman representing Buffalo from 1993-2005, presided over the 14,000-student, two-year college since 2008. Quinn, 65, also taught and coached in the Orchard Park Central Schools, worked at the Bethlehem Steel plant and was on the Hamburg Town Council, serving as supervisor for nine years.

"I've had a great career in public service, and I'm proud of what I've done serving the people and the students of Western New York," Quinn said. "I'm going out on a high note, and I'm pleased with ECC's progress: We break ground on a $30 million STEM building this week, and our $6 million nanotechnology wing will be ﬁnished next year. This will help us meet the promise that each student walks out of our college ready to go anywhere and do anything."

ECC Board of Trustees Chairman Dennis Murphy said the board will vote later this week to accept Quinn's retirement request, establish a 10-month transition plan and create a search committee. The goal is to have a new president in place a year from now.

While specific appointees are not yet certain, Murphy said the committee will include diverse representatives from among ECC professors, faculty, students, staff and unions, Erie County leaders and State University of New York educational leaders.

"Jack Quinn has done an outstanding job advocating for ECC, leading ECC, and adapting ECC to the burgeoning economic growth of Buffalo and Western New York," Murphy said. "Jack has always seen the big picture, set up ECC for the future and driven the college forward each day. We will miss his leadership, big humor and intimate knowledge of, and appreciation for, our community."

Quinn graduated from Siena College with a B.A. in 1973, and from the University at Buffalo in 1978 with a master's degree in education. He also holds a school superintendent credential that he earned at SUNY Fredonia. He graduated from Bishop Timon High School in 1969.

Quinn's contract expires in March 2017. He agreed to the board chair's request to stay through graduation. Quinn is ECC's 10th president, coming to the college from a stint as president of Cassidy & Associates, a government relations firm in Washington, D.C. He was Hamburg supervisor from 1984-1992 and taught English at Orchard Park Middle School from 1973-1983.

"While this will be a change for me, come June I expect to stay involved in our community in other ways," Quinn said. "Western New York will always be our home and I look forward to new and different ways to be involved. I consider it more like releasing the clutch some, not applying the brakes."

Quinn served as a director of the Program on Science in the Public Interest at Georgetown University; as director of fundraising of the American Ireland Fund; as a corporate advisory board member of the So Others May Eat program; and as a board director of the Erie Canal Harbor Development Corp. He was a member of the board of directors at the Catholic Health System of Western New York, and served as a commissioner of the state of New York's Tax Relief Commission and the Hurricane Sandy Task Force.

Among Quinn's other honors are Compeer's 2011 WNY Vision Award; SUNY at Buffalo's 2011 Graduate School of Education Distinguished Alumni Award; and his selection as one of 2015's Most Inﬂuential Business Leaders by Buffalo Business First.

In 2010, he served as co-chair of New York's Empire State Summer Games. Also in 2010, Quinn was invited by President Barack Obama and Dr. Jill Biden to participate in the White House Summit on community colleges.

In a submitted statement, Erie County Executive Mark C. Poloncarz said, "I would like to congratulate President Quinn on the announcement of his retirement and thank him for his service to the ECC community. He and I have worked collaboratively on a number of issues during his term, and I look forward to continuing our productive partnership for the remainder of his time in office, continuing to build a stronger ECC that works for its students, faculty and the community at large.

"While Jack and I have not always agreed on every subject that came before us, we were able to find common ground and open lines of communication to resolve problems and move forward in a constructive manner, which is what the public expects and should demand from leaders in government. I thank him for his commitment to working through our differences and I wish him the best as he transitions into retirement.

"In the coming months, I will be working with a search committee to identify a successor to President Quinn who shares not only his ability to bring people together, but also his enduring commitment to creating the best Erie Community College possible."