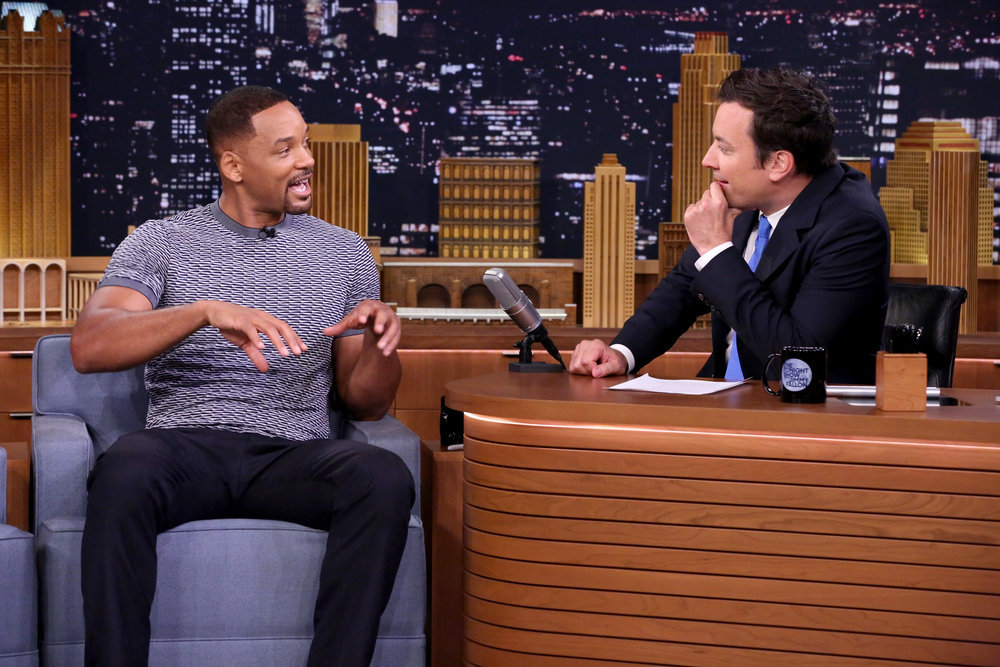 The Emmy- and Grammy Award-winning Fallon, who's hosted "The Tonight Show" since February 2014, and has since guided the classic franchise to dominance in every key ratings category, previously won rave reviews for his performance as host of the 2010 Primetime Emmy Awards. "The Tonight Show" is currently nominated for two Emmys this year, including Outstanding Variety Series Talk.

January's three-hour Golden Globes telecast will serve as the official kick-off to the 2017 awards season.

"We're thrilled to announce Jimmy as host of The 74th Annual Golden Globes," said NBC Entertainment Chairman Robert Greenblatt. "This is the most spontaneous and uninhibited award show on television, and Jimmy's playful, disarming comedic brilliance makes him the ideal host to enhance and elevate the sense of fun and irreverence that's made the Golden Globes one of the premier events of the entire broadcast year."

"Jimmy Fallon is an exceptionally talented and dynamic entertainer, and we couldn't be more excited that he'll be hosting the 2017 Golden Globes," said Lorenzo Soria, president of the Hollywood Foreign Press Association. "His charm, wit and incredible spontaneity will play exceedingly well both to everyone at the show as well as the millions watching at home from around the world."

The 2016 telecast of the Golden Globes averaged a 5.5 rating, 16 share in adults 18-49 and 18.5 million viewers overall in "live plus same day" ratings from Nielsen Media Research, making it the No. 1 entertainment telecast on the broadcast networks for the week of Jan. 4-10 in the key 18-49 demographic. Despite facing a high-rated NFL playoff overrun, the 2016 Globes telecast retained 95 percent of the prior year's 18-49 rating and 96 percent of the year-earlier total-viewer result. Over the past four years, the Globes has delivered the event's four most-watched telecasts since 2007.

Additionally, the 2016 telecast saw an upward trend in digital and social media statistics. On Twitter, beginning three hours before the live show and through 10 minutes after it ended, 4.4 million Golden Globe Awards-related tweets were sent globally, resulting in a total of 1.2 billion views. On Facebook, more than 9 million users globally participated in a total of 19 million interactions on show day, which included posts, comments and likes.

"The Tonight Show Starring Jimmy Fallon" remains the dominant force in late night, leading all other competitors in every key measure (adults, men and women 18-34, 18-49 and 25-54, plus total viewers). In fact, "The Tonight Show" has won 46 of 46 weeks to date versus the competition in adults 18-49 and the past 45 in a row in total viewers.

Fallon began his TV career with "Saturday Night Live" in 1998 and spent six years on the show. In 2009, he returned to NBC to host "Late Night with Jimmy Fallon," a show that consistently garnered attention for its viral videos, celebrity games and A-list guests.

Nominations for the Golden Globes will be announced Monday, Dec. 12. Winners are voted on by the Hollywood Foreign Press Association.

Produced by dick clark productions in association with the HFPA, the Golden Globe Awards are viewed in more than 236 countries and territories worldwide, and are one of the few awards ceremonies to include both motion picture and television achievements.