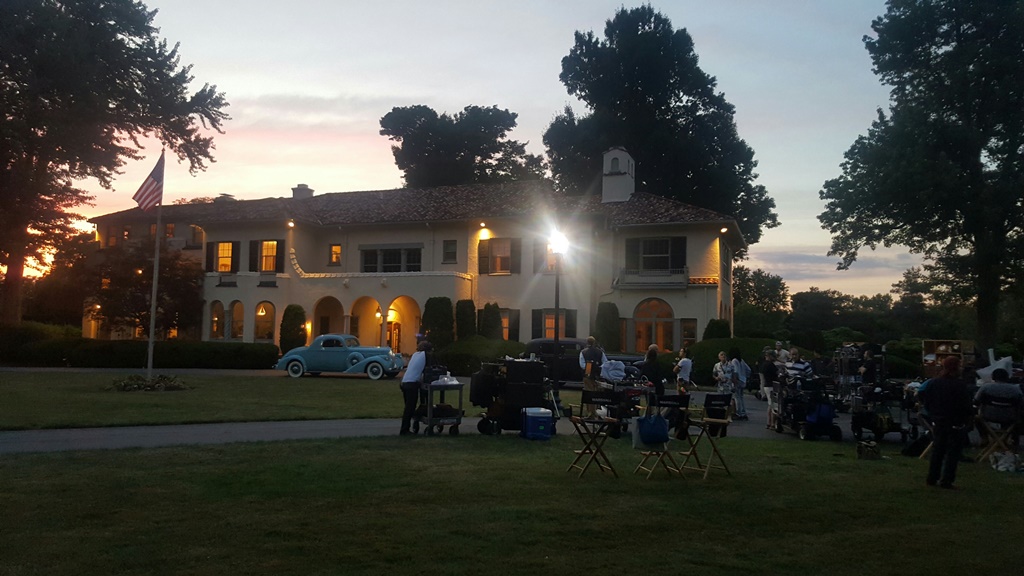 Filming in the Buffalo/Niagara region for "Marshall," a legal thriller starring Chadwick Boseman as a young Thurgood Marshall, a future Supreme Court justice, was recently on location at Daemen College's presidential residence, where scenes were shot for the new movie.

"We are thrilled and honored to have Daemen House selected as a location for a major motion picture that will bring national attention to the Western New York region," President Gary A. Olson said. "To be a part of a production of this magnitude was a unique opportunity to showcase the college."

Cast and crewmembers from "Marshall" were at Daemen House in Amherst earlier this month to film scenes for the residence of wealthy socialite Eleanor Strubing, played by star Kate Hudson. Furniture and other early 1940s-era modifications were temporarily made to the first and second floors for interior scenes filmed with Hudson and Sterling K. Brown, who recently starred in the series "The People vs. O.J. Simpson: American Crime Story."

The movie was inspired by a notorious trial early in the career of Thurgood Marshall. As a brilliant young attorney for the NAACP, Marshall traveled across the nation defending black men unjustly accused of crimes. In 1940, on the eve of World War II, Marshall partnered with Sam Friedman, a Jewish lawyer from Bridgeport, Connecticut, to defend Joseph Spell, a black chauffeur accused of sexually assaulting his employer, socialite Eleanor Strubing. Marshall later became the first African American justice on the U.S. Supreme Court.

Daemen House was chosen as the Strubing residence for its historical look and feel, which reflect the film's period, explained Tim Clark of the Buffalo Niagara Film Commission.

"The beautiful architecture and other details in Daemen House bring a historical authenticity to the scenes that were filmed there," film commissioner Clark said. "When production designer Richard Hoover first saw the residence, he was very impressed with it and knew the location would fit perfectly with the period continuity needed in the movie."

While most filming was done inside the residence, the home's exterior was also captured in an important scene of the film.

"Vintage elements are critical to a period movie like this, so having access to Daemen House was helpful to enhancing the film's historical setting," Clark said.

Crews are expected to be in the Buffalo area through July.