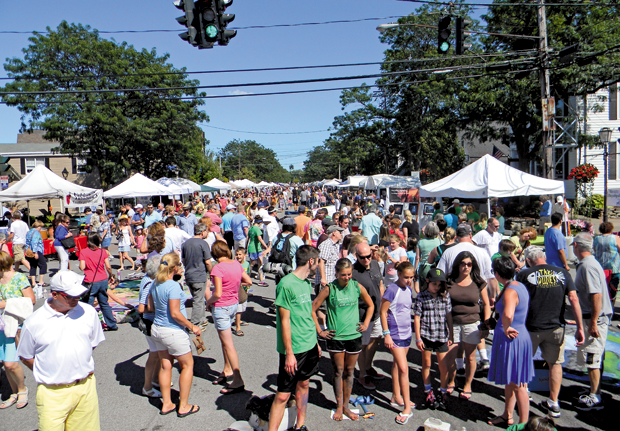 Lewiston Council on the Arts announces 2016 schedule of events

The Lewiston Council on the Arts has released its 2016 schedule of events and activities.

"We are very proud to celebrate 50 years of art in Lewiston," LCA Executive Director Irene Rykaszewski said. "The Art Council has been an important part of the transformation of Lewiston from a sleepy quiet village to a vibrant, livable community and cultural destination. Our programs have served as a model to other communities, of what is possible when we invest in the arts. The dividends are community where people want to live, work and congregate."

In partnership with the Rotary of Niagara County Central, Lewiston Council on the Arts presents artist "Chainsaw Chix," Aya Blaine, during this weekend residency. With engines screaming and sawdust streaming, she will create a masterpiece before your eyes. Enjoy the charm of this old-fashioned country fair and craft show, which offers plenty of activities and demonstrations for the entire family.

Recipient of Blues Beat Magazine's prestigious "Muddy" Award, "Blue Mondays" returns to the Hennepin Park Gazebo for its 22nd year of blues music. Considered by many to be one of the best Blues venues in Western New York, "Blue Mondays" attracts a faithful following of blues lovers from all over.

The second season of "Blue Grass Mondays" debuts at the conclusion of the "Blue Mondays" run. The headliners include:

Where were you in the summer of 1969? Tune in, turn on and reunite at the grooviest summer happening of the year. Most of Lewiston's 1960s rock musicians have moved on, but, for one night only, they will reunite at the gazebo for an evening of favorites from the '60s, '70s and '80s.

The concert features the Lewiston All Stars, Loved Ones, the County Orphanage, the Invaders and special guest and Grammy Award winner Gary Baker. For the finale, all players will take the stage for a classic jam. 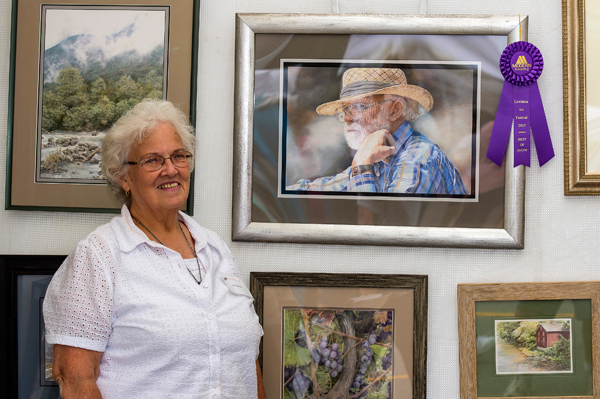 The featured artist this year is Joel Zaretsky, whose image was specially designed to commemorate the 50th Art Festival.

College Alley features student artwork while guests can make their own art at the make and take workshops sponsored by the Lewiston Public Library.

In honor of the 50th anniversary of the Lewiston Art Festival, this year's theme is "50 Years of Modern Art." 3-D chalk artist Michael Macaulay of Rhode Island will be in residence for this year's competition. He will create a mural in the heart of the festival.

Take a walk on the dark side to explore the grim and ghastly deeds of Lewiston's best ... and worst. Hear local ghost stories, myths and tales of tragedy, crime, murder and mystery. Secret and sinister, these events occurred a very long time ago, but the ghosts still haunt Lewiston.

Step back in time with this historical and educational tour as our offbeat, theatrical guides take you through the historic section of the village and into the cemetery. Learn about graveyard etiquette, tombstone symbols, and the people buried within.

The walks are rain or shine - and bring a flashlight; it gets dark early in the cemetery.