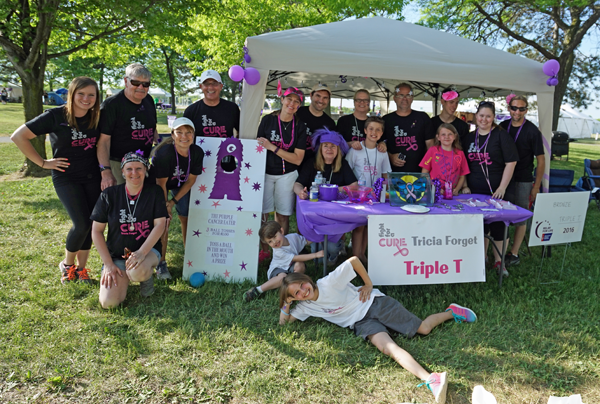 Tabulations top $45,000 for Relay For Life of Greater Niagara

The tabulations are still coming in and Relay For Life of Greater Niagara is again being viewed as a success.

Now in its second year at Reservoir State Park, the Greater Niagara Relay saw wide participation by a number of communities from Niagara County and beyond.

Participants ranged from Congressman Brian Higgins to various students and faculty from the Lewiston-Porter School District; volunteer businesses from the Lewiston, Porter, Wheatfield, Town of Niagara and Niagara Falls communities, employee groups from Relay sponsors Time Warner, Guard Construction and Associated Builders and Contractors Inc., Empire State Chapter; plus a number of teams from throughout the area.

Included this year was a unique visit to the Greater Niagara Relay from Team Relay Nation - a 35-member group from 14 states that travelled to Buffalo-Niagara to be a part of this year's event.

"We are proud to have hosted Team Relay Nation at Relay For Life of Greater Niagara on Saturday. The team is made up of 35 members from 14 states, with 277 years survivorship/pre-vivorship, 223 years as caregivers, and 400 years Relay For Life experience," commented ACS representative Emily Marciniak.

Team Relay Nation visitors joined in the celebration with hundreds of local residents at the Relay on Saturday.

"What an experience!" read the post on the Team Relay Nation's Facebook page. "Team Relay Nation gets better and better. And more impactful and isn't that one of our dreams? To be so welcomed and have volunteers and staff be so kind and complimentary to our team members. I am a very proud Team Captain. Our team was top notch."

As of mid-week, American Cancer Society organizers reported 29 teams and 213 participants, including Team Relay Nation, raised a total of $45,557.29 for the event, with donations said to be continuing until mid-August. Visit www.relayforlife.org/greaterniagarany to contribute or for more information.