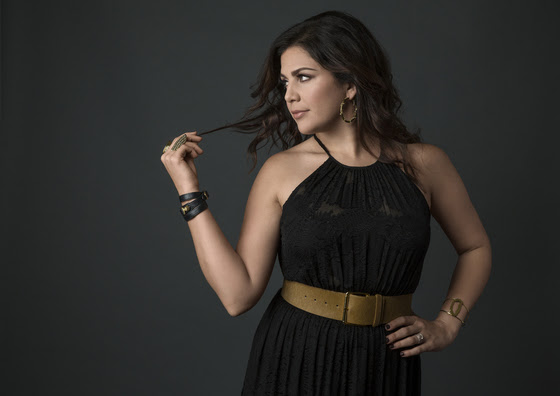 One third of the multiplatinum-selling group Lady Antebellum, Hillary Scott candidly shared an open letter to fans via social media this morning, introducing her latest musical endeavor and describing the story behind her sonically stunning first single, "Thy Will."

Serving as the debut from the forthcoming album "Love Remains" by Hillary Scott & The Scott Family, the tender track ships to country and Christian radio today.

"I'm so excited the day is finally here that I get to share with you all what I've been up to," Scott wrote. "I have made a faith-based album entitled 'Love Remains.' The best part about this collection of songs is that it is featuring my mom Linda Davis, my father Lang Scott and my little sister Rylee Scott, all produced by Ricky Skaggs. So ladies and gentlemen, I would like to introduce to you Hillary Scott & The Scott Family."

"I want to first share 'Thy Will,' " she continued later in the letter. "I wrote this song about a very recent experience that left me heartbroken, asking why, and facing some of my most difficult days. This song is my letter to God. As I ask some really hard questions, I hold onto the truth that there is so much to the story of my life that I can't see, but that I still choose to trust Him."

To listen to "Thy Will," watch the hopeful track's lyric video below:

The faith-based country collection follows more than 11 million album sales worldwide for Scott as one-third of the one of the world's most popular groups, Lady Antebellum. The trio has earned six platinum singles and was dubbed ACM and CMA "Vocal Group of the Year" three years in a row. In addition to co-writing six chart-topping Lady A hits including the six-times-platinum hit "Need You Now," Scott has also written for Blake Shelton and for Sara Evan's No. 1 hit "A Little Bit Stronger."

A former MTSU student, the university recently started a scholarship in Scott's honor for young women seeking a career in the music industry. 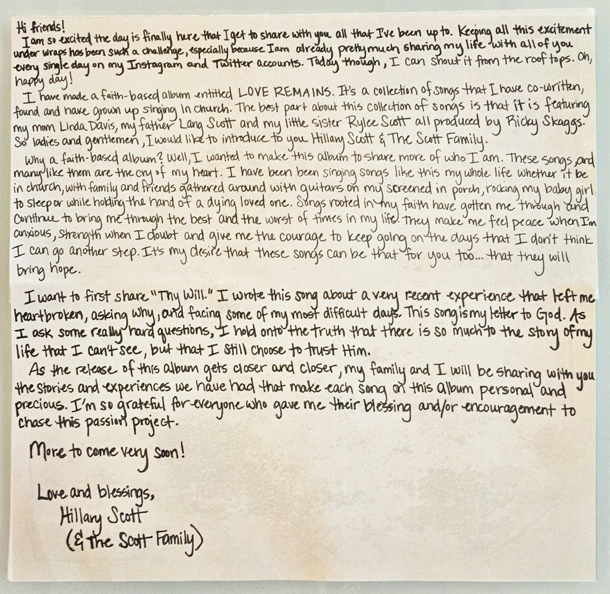