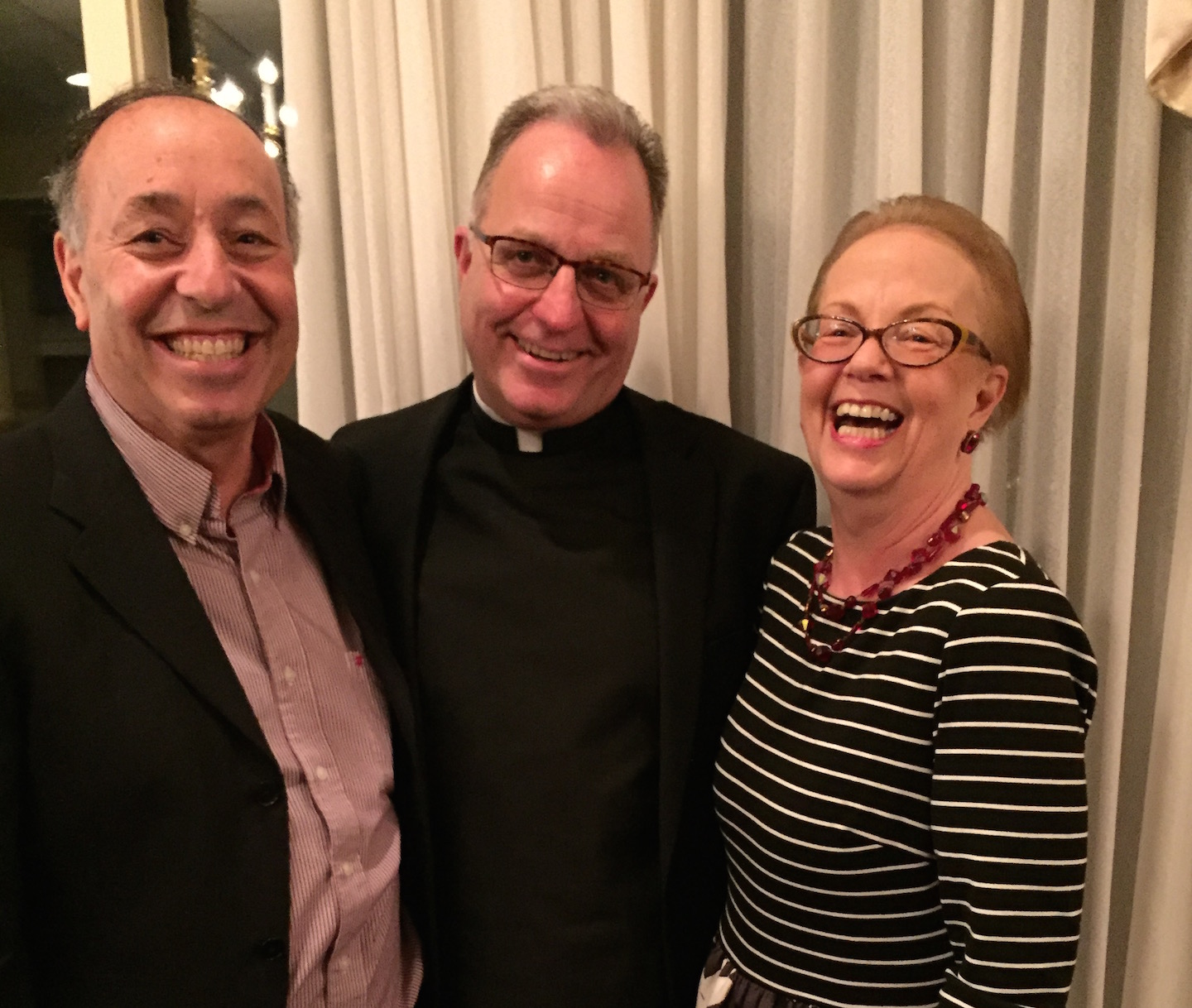 On April 16, St. Peter's R.C. School held its annual Grand Gala at the Niagara Falls Country Club. Pictured, the Rev. Monsignor David LiPuma is flanked by two of this year's honorees: Jerry (St. Peter's Class of 1958) and Maureen Castiglione of Lewiston. The couple was honored for its many years of faithful support of both the school and parish.

St. Peter's R.C. School's annual Grand Gala raised nearly $90,000. Held at the Niagara Falls Country Club on April 16, 366 school parents, alumni, faculty, staff and friends donned their finest attire for an evening featuring a silent and live auction, basket auction, 50/50, games and prizes, with entertainment by the Carl Filbert Band. The theme of this year's event was "Through a Child's Eyes."

Proceeds from the gala will be used to support school operating costs, fund the construction of new classrooms (a project slated to begin over the summer), and help keep tuition affordable for families.

This year's honored guests were Rev. Monsignor Anthony Caligiuri, pastor of St. Peter's parish from 1977-99; Mr. and Mrs. James Glynn of Maid of the Mist; and Mr. and Mrs. Jerry and Maureen Castiglione.

During the dinner hour, LiPuma addressed attendees: "I am so grateful for your presence here. I also could not be more grateful to our principal, Mrs. Maureen Ingham. It is truly a team effort and like family here. St. Peter's is such a loving and nurturing place to be. But you all make it possible ... not just for our school to exist, but for it to thrive."