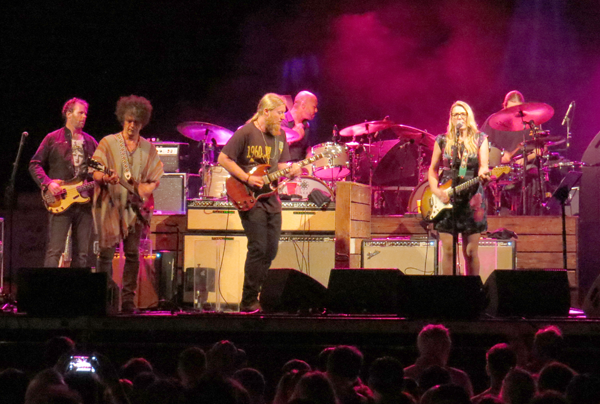 The Center for the Arts, University at Buffalo, presents Tedeschi Trucks Band - "Let Me Get By 2016" Tour at 7:30 p.m. Saturday, May 7, and Sunday, May 8. Amy Helm & The Handsome Strangers will be the opening act for both nights. Tickets are $27 to $77. The May 7 concert is sold out. Tickets are still available for May 8.

The husband-and-wife team of singer-guitarist Susan Tedeschi and guitar virtuoso Derek Trucks leads Tedeschi Trucks Band. Since their inception in 2010, TTB have seen both of their previous albums debut in the top 15 of the Billboard 200, and won a Grammy for their debut album "Revelator," an album hailed by Rolling Stone as a "masterpiece." They tour over 200 days of the year and have built a dedicated following around the world, one powerful performance at a time.

NPR has praised Trucks and Tedeschi as "two of the best roots rock musicians of their generation." Led by Trucks, No. 16 of the top 100 Guitarists of All Time (Rolling Stone), and powerhouse vocalist Tedeschi, the 12-piece group enlists two drummers, three vocalists, a three-piece horn section, bass and a multi-instrumentalist keyboard player for what is a greater-than-the-sum-of-its-parts collective.

Their new album "Let Me Get By" is out now via Concord/Fantasy.