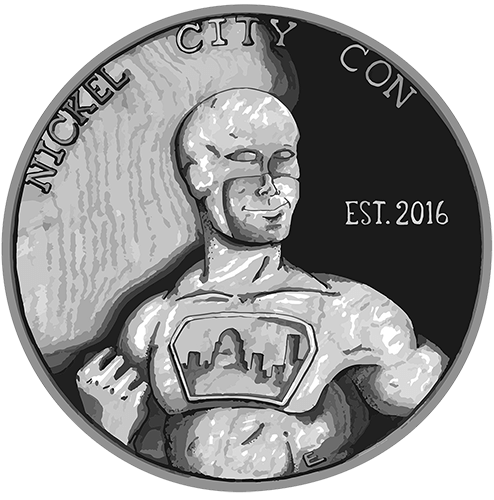 Dave & Adam's Card World is proud to announce the inaugural Nickel City Con is coming to Buffalo the weekend of Aug. 13-14.

Nickel City Con, presented by Dave & Adam's, will be a two-day fan festival celebrating pop culture, science fiction, superheroes, comic books and more, with over 200 vendors and artists expected to attend. The show will take place in the heart of downtown Buffalo at the Buffalo Niagara Convention Center.

"This is going to be an event that Western New York has never seen before," said Adam Martin, CEO of Dave & Adam's Card World. "Nickel City Con will have something for everyone. From families to enthusiasts, and everyone in between, this is going to be an experience you won't want to miss."

Additional celebrity guests will include stars from "Comic Book Men," "The Walking Dead," "Game of Thrones" and "Supernatural."

There will be a cosplay competition during Sunday's events at Nickel City Con, where attendees are encouraged to dress up as their favorite characters from movies, television and video games to win various prizes. Comic book collectors will be able to have their comic books graded at Nickel City Con by Certified Guaranty Company.

Tickets are now available on the Nickel City Con website, www.nickelcitycon.com. General admission tickets are $15 per day with a special two-day VIP pass for $49.95. VIP admission includes early entry to the show, VIP swag bag and a $10 gift certificate to be used toward any celebrity autograph. Discounted single day tickets can be purchased at both Dave & Adam's retail locations (2217 Sheridan Drive in Tonawanda and 8075 Sheridan Drive in Williamsville). General admission hours for Nickel City Con are 10 a.m. to 7 p.m. on Saturday, Aug. 13 and 10 a.m. to 5 p.m. on Sunday, Aug. 14.

Vendor and artist space for Nickel City Con is filling up fast. Anyone interested in exhibiting is encouraged to email [email protected] or contact John Grimaldi at 716-970-2833.

Nickel City Con, presented by Dave & Adam's, would like to thank its official corporate sponsors for their support: the Buffalo Bills, Buffalo Sabres, Upper Deck, Topps, UPS and Cryptozoic Entertainment.

Dave and Adam's Card World was founded in 1991 when two friends opened a small card store in Buffalo. More than 25 years later, Dave and Adam's is generally regarded as the largest online seller of trading cards in the world. Dave and Adam's is locally owned and operates two retail stores, as well as a 35,000-square-foot custom office and warehouse facility in Tonawanda, which supports dacardworld.com.