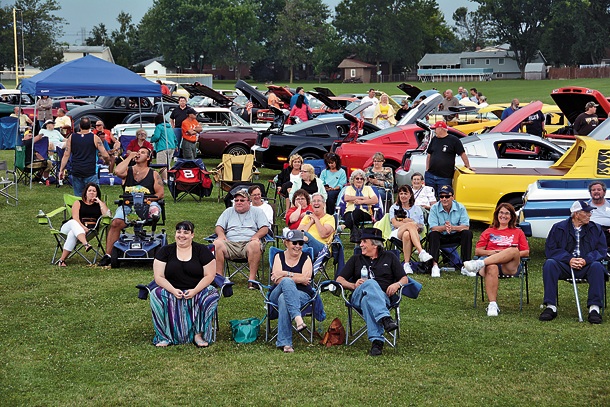 This year's concerts include:

"We're really excited about the lineup this year. It's best by far than what we've ever had," Town of Niagara Supervisor Lee S. Wallace said in a video released by the town.

The concerts will be held at Town of Niagara Community Center at Veterans Memorial Park.

This year, the town will showcase its new concert stage, which was purchased earlier this year.

Concessions are expected to be available for eventgoers.

"We're talking to the Lions Club and some other (organizations) about bringing the concessions," Wallace said after Tuesday's board meeting.

Also, 50/50 raffles are planned to take place each Monday.

"What we are going to do is reach out to local charities to do the 50/50 each Monday night, so that they can get the benefit of the (raffle)," Wallace added.

He said, as supervisor, his goal is to make the Town of Niagara a destination. "We're looking to try and have activities and programs (all year). So this concert series is one thing we're in the process of doing," Wallace said.