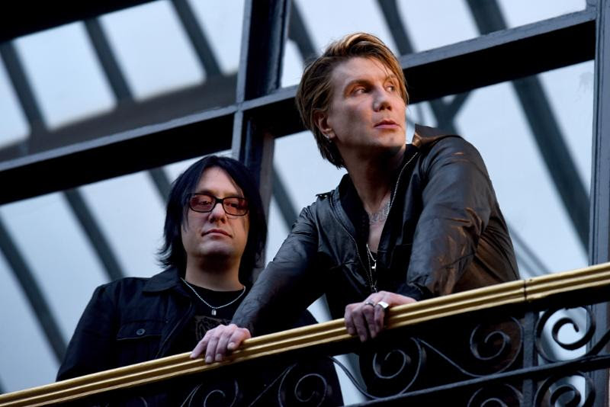 Multi-platinum-selling, Grammy-nominated band Goo Goo Dolls will hit the road in July for an extensive summer headlining tour of amphitheaters and arenas. Also on the bill as direct support are Collective Soul and Tribe Society.

The tour kicks off in Portland, Oregon, on July 8 and crisscrosses North America through Sept. 16, making stops at The Greek Theatre in Los Angeles, Nikon at Jones Beach Theater in Wantagh and Red Rocks Amphitheatre in Morrison, Colorado, along the way.

A fan club presale with VIP ticket packages launches on Tuesday, Feb. 23. Tickets go on sale to the general public on Friday, Feb. 26.

Goo Goo Dolls - made up of Buffalo-born vocalist-guitarist John Rzeznik and bassist Robby Takac - will tour in support of their new album, "Boxes," which is due for release from Warner Bros. Records this spring.

The Goo Goo Dolls are one of the most globally respected and influential forces in popular music, selling more than 10 million albums since 1986. They have scored 14 top 10 radio hits (more than any other artist in the history of the Hot AC format), including "Name," "Slide" and "Iris," the latter spending nearly 12 straight months on the Billboard charts and holding the No. 1 position for 17 consecutive weeks. The band has toured the globe countless times, performed in front of millions of fans, received numerous awards (including four Grammy nominations), and recorded and released 10 studio albums, including their latest, "Magnetic," which debuted at No. 8 on the Billboard Top 200 chart and at No. 2 on the top rock albums chart, propelled by singles "Rebel Beat" and "Come To Me." Rzeznik has also been honored with the Songwriters Hall of Fame Hal David Starlight Award.