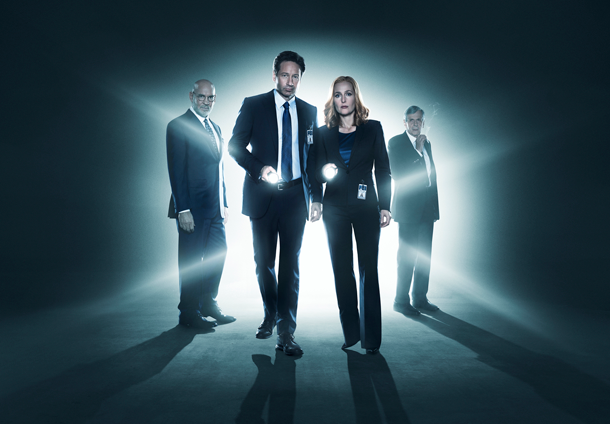 The truth is out there: FOX premiere of 'The X-File's breaks worldwide ratings records with more than 50 million viewers in first three days

The latest mind-bending chapter of "The X-Files" captured the attention of tens of millions of viewers around the world with its record-setting, two-night return to FOX last week. Premiering within 24 hours on FOX in the U.S. and 80 countries internationally, Chris Carter's iconic series delivered more than 50 million viewers, and set new ratings records in multiple markets.

At time of issue, U.S. performance data included national live plus three days data, while international data was limited to the available live plus same-day data from 20 measured markets. This means ratings will continue to increase as time-shifted viewing rolls up to +7 viewing around the world.

•"The X-Files" Sunday premiere drew an average audience of 1.1 million in three days of streaming on Hulu and FOXNOW - bringing the show's Live+3 multi-platform premiere audience to 21.4 million.

•The premiere had a strong 7.8 rating with A18-49 - growing by 27 percent vs. Live+SD (6.2), and marking television's third-highest premiere this season in L3, behind only "The Walking Dead" and "Empire," and this season's No. 1 series debut overall.

•To date, "The X-Files" two premiere episodes have garnered an additional audience of more than 3 million from streaming on Hulu and FOX NOW.

Internationally, "The X-Files" premiered as part of a two-night special or a double-bill across all licensed territories within the international FOX portfolio, including markets such as Mexico, Brazil, Colombia, Argentina in Latin America; Hong Kong, Malaysia, Singapore and Indonesia in South East Asia; Bulgaria, Finland, Greece, Italy, Netherlands, Poland, Portugal, Spain and Turkey in Europe; and pan-regionally in sub-Saharan Africa.

•Across six measured FOX channel markets in Latin America, the first two episodes' average outperformed the FY16 primetime benchmark by 68 percent, and matched or surpassed the season six premiere of ratings' juggernaut "The Walking Dead" in several countries, including Argentina (plus 4 percent), Chile (plus 87 percent), Colombia (plus 23 percent) and Mexico (plus 9 percent) in the A18-49HM demo.

•In the same six markets, the live premiere reached more than 1.6 million total viewers, with an average audience of almost 1 million viewers.

•In Argentina, "The X-Files" broke a three-year national record in the A18-49HM* demo, delivering a 3.71 rating during the opening episode and ranking No. 1 amongst A18-49HM* during both episodes.

•Across 11 European FOX markets, over 2.5 million total viewers saw the episode one live premiere of "The X-Files," with an average audience of 1.7 million viewers.

•In the same markets, the average of the first two episodes outperformed the European FY15 prime-time benchmark by four-fold.

•New rating records were set across FOX channels in Europe, including FOX Finland (ep.1), FOX Serbia (ep.1) and FOX Poland (ep. 2), where the show appeared as the most watched episode ever on the FOX channel. In Italy and The Netherlands, "The X-Files" ranked as one of the most successful premieres in FOX history.

•In Canada "The X-Files" debuted as the most watched series premiere of the 2015-16 season with 2.4 million viewers on Sunday, Jan. 24. Episode one delivered the largest audience of any episodes of "The X-Files" on record in Canada.

Upcoming premieres in the UK, Germany, France, Australia and India are expected to add millions more viewers above the running worldwide total.