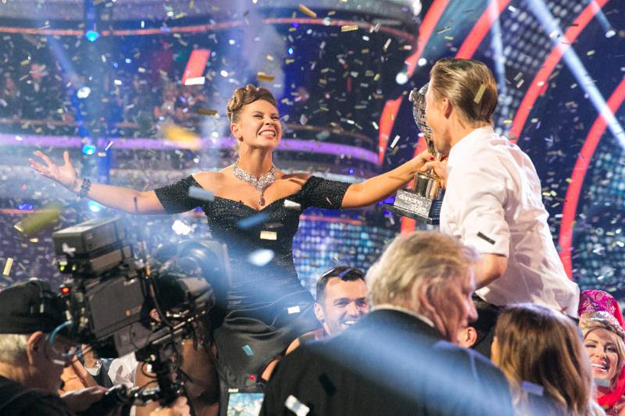 'Dancing with the Stars': Everyone knows it's Bindi

Bindi Irwin, whom judges loved and called the show's heart, and her partner, Derek Hough, won the Mirrorball Trophy on "Dancing with the Stars."

In the two-hour season finale Tuesday, Bindi and Derek, Nick Carter and Sharna Burgess and Alek Skarlatos and Lindsay Arnold advanced to the final stage of the competition. There was live dancing and show-stopping performances at the Grove shopping center and in the "DWTS" ballroom.

The night kicked off with a high-energy opening number, featuring a reunion with some of this season's couples at the Grove. The finale was filled with performances from this season's contestants Andy Grammer, Chaka Khan, Carter along with special guests Alexander Jean and Elle King.

Kim Zolciak returned to the ballroom to dance a samba with Tony Dovolani to "I Dream of Jeannie," which she was never able to perform. Other eliminated celebrities performed encore dances. The cast of the upcoming "Dancing with the Stars: Live! Dance All Night Tour" performed a dance to Avicii's "Broken Arrows" as a sneak peak of the 90-minute show traveling the country this winter.

The three finalists each danced a repeat dance from this season. In the last element of competition, the couples performed a new routine as part of a "24-Hour Fusion Challenge." The remaining couples fused two contrasting dance styles they've performed this season and had less than 24 hours to prepare that dance for judges' points.

Head judge Len Goodman announced he will return for the spring season, which debuts in March. 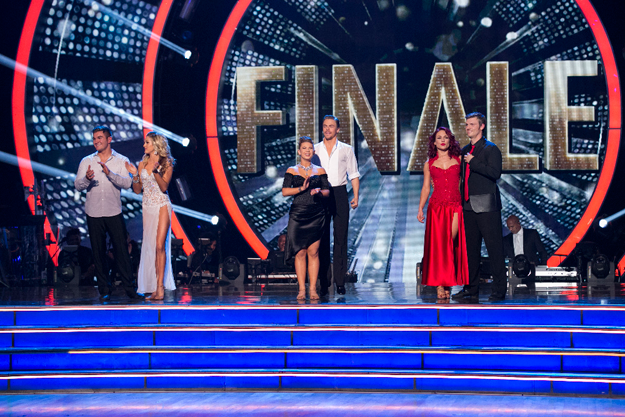 Building on the overwhelming response to the previously announced performance, Seneca Niagara Resort & Casino announced it has added a second performance by the popular "Dancing with the Stars: Live!" "Dance All Night Tour." The newly added performance is scheduled for 5 p.m. Saturday, Jan. 2. Tickets for this performance start at $55 and are now on sale.

The added performance ensures fans of "Dancing with the Stars," ABC's leading entertainment show, produced by BBC Worldwide Productions, will be given the opportunity to see their favorite stars dance live in Niagara Falls. Seneca Niagara previously announced an 8 p.m. performance by the one-of-a-kind touring production also on Saturday, Jan. 2. Limited seats for that performance are still available.

Launching this winter, "Dancing with the Stars: Live!" "Dance All Night Tour" features a bigger cast than ever before, including pro dancers Lindsay Arnold, Sharna Burgess, Artem Chigvintsev, Valentin Chmerkovskiy, Keo Motsepe, Peta Murgatroyd, Emma Slater, Alan Bersten, Brittany Cherry and Jenna Johnson, with more casting to be announced*. In this all-new production, the dancers are freed from the ballroom to bring guests a 90-minute action-packed live show. Audiences will watch exciting and romantic performances, from choreography never before seen on "Dancing with the Stars," to some of the most memorable numbers from show.

Tickets may be purchased at select Seneca Resort & Casino retail outlets, Ticketmaster.com, all Ticketmaster locations or by phone at 800-745-3000.