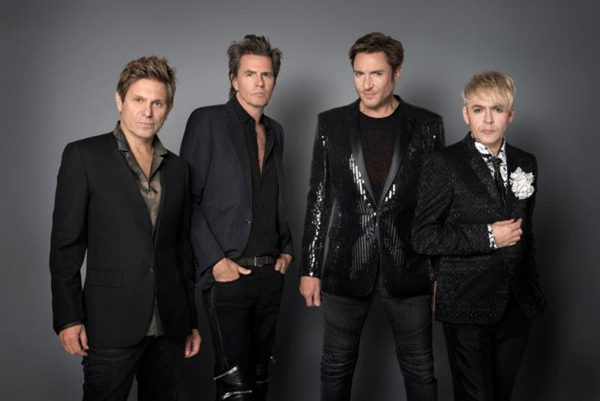 Duran Duran have made a series of high-profile television appearances around the album's release, including "CBS Sunday Morning," "The Tonight Show Starring Jimmy Fallon" and "Today." They will appear on "The Ellen DeGeneres Show" on Sept. 23 with special guests Janelle Monáe and Nile Rodgers and "Jimmy Kimmel Live!" on Oct. 15, with a full concert being broadcast on Yahoo! Music.

"Paper Gods" has earned Duran Duran some of the best reviews of their three-decade plus career. Billboard calls it their "most daring album in years," Complex hails it as "a concise slice of pop craftsmanship," Idolator calls it "the best damn thing they've done since their self-titled 1993 LP," and TIME notes "the adventurous spirit and willingness to evolve that defined the band's career is as palpable as ever." Rolling Stone raves that "if 'Paper Gods' were a debut from some upstart band, the buzz would be insane."

Singer Simon Le Bon, keyboardist Nick Rhodes, bassist John Taylor and drummer Roger Taylor recorded "Paper Gods" in London with producers Rodgers, Mark Ronson, Josh Blair and Mr Hudson. The songs capture the true essence of Duran Duran, with the duality and sense of conflict that has always been at the heart of their music. Visceral and daring, the album mixes hard-edged, contemporary pop with the band's darker more experimental side to create a body of work that is epic in its scope.

Duran Duran performed at the iHeartRadio Festival in Las Vegas over the weekend. They are currently on tour in the U.S. through Oct. 8, followed by a UK arena tour that kicks off in late November. Visit http://www.duranduran.com/ for details.