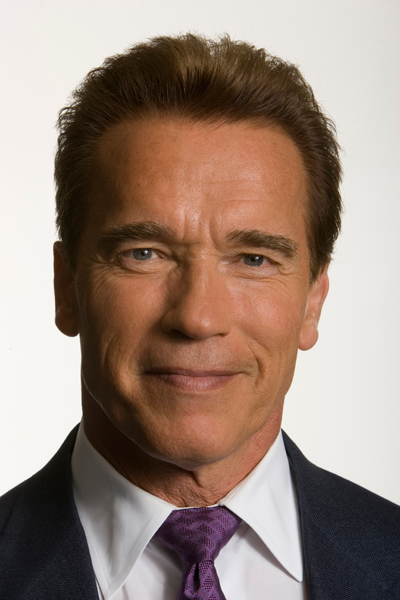 Twice-elected California governor and international movie superstar Arnold Schwarzenegger has been named new host of NBC's "The Celebrity Apprentice," which will return to the network for the 2016-17 season.

Schwarzenegger served two terms as governor of California, managing more than 300,000 state employees and a state budget in the hundreds of billions. He has successfully invested in both real estate and sports franchises, and is known to millions globally for his starring role in the "Terminator" film franchise. His films, over a six-decade career, have grossed billions of dollars in worldwide box office.

The former governor will replace Donald Trump who, in his role as host of the seven seasons of "The Celebrity Apprentice," helped raise more than $15 million for charity.

"We are thrilled to be opening a powerful new chapter in the story of the 'Apprentice' franchise," said Paul Telegdy, president of alternative and late night programming at NBC Entertainment. "Arnold Schwarzenegger is the epitome of a global brand in entertainment and business, and his accomplishments in the political arena speak for themselves. It was Arnold's personal passion for the format that Mark Burnett and Donald Trump built over the last decade, as well as his fresh take on how to take it to new heights for today's audiences, that made him the man to hire. 'The Celebrity Apprentice' ... will be back!"

"The Apprentice" franchise is one of the most successful reality formats in television history. In "The Celebrity Apprentice," business-savvy celebrity contestants work in teams and are asked to perform various tasks and win challenges, all the while employing a business model that promotes teamwork and, hopefully, ends with a financially successful outcome - all for a worthy charity. Contestants are subjected to long hours, grueling deadlines, intellectual challenges, personality clashes and intense scrutiny. Each task will end in the boardroom, where contestants must account for their actions or risk being "fired" by the host until one remains.

"After leaving the show to run for political office, Donald made it clear that he wanted 'The Celebrity Apprentice' to be able to continue to raise millions of dollars annually for worthy causes, and now NBC and I have found an amazing new leader to do just that," executive producer Mark Burnett said. "Gov. Schwarzenegger will use his vast and highly successful business, political and media experience to drive this hit franchise to new heights."

Always politically active, Schwarzenegger announced his candidacy for governor of California on Aug. 6, 2003, on the "The Tonight Show with Jay Leno." Two months later, he was elected governor in a recall of Gov. Gray Davis and was then re-elected for a second time in 2006.

As governor, Schwarzenegger worked with leaders of both major political parties to address the greatest challenges facing the state. His leadership put California at the forefront of the nation in addressing climate change, pushing for the development of renewable energies, rebuilding critical infrastructure, investing in stem cell research and putting in place health care and political reforms.

Since leaving office in 2011, he has continued to promote state and local clean energy efforts by founding the nonprofit R20: Regions of Climate Action. Additionally, in 2013, he established the USC Schwarzenegger Institute for State and Global Policy, devoted to seeking bipartisan solutions to environmental, economic and other public policy issues. He serves as chair of the think-tank's board and also holds a public policy professorship at the school.

Schwarzenegger was appointed by President George H. W. Bush as chairman of the President's Council on Physical Fitness and Sports from 1990-93, and also served as the chairman for the California Governor's Council on Physical Fitness and Sports under Gov. Pete Wilson. As an advocate for children, Gov. Schwarzenegger championed the After School Education and Safety Act of 2002 (Proposition 49), which was overwhelmingly approved by voters. He authored and chaired the initiative, which is designed to make state grants available to every public middle school in California for quality after-school programs.

Schwarzenegger moved to the U.S. from Austria at 21 years old and was best known at the time for his bodybuilding career. He would eventually become the youngest Mr. Universe and a seven-time Mr. Olympia winner. By the age of 30, Schwarzenegger was a millionaire, well before his career in Hollywood. His financial independence came from his success as a budding entrepreneur with a series of successful business ventures and investments.

With an eye on acting, Schwarzenegger won a Golden Globe Award for the 1976 film "Stay Hungry," but would make his Hollywood breakthrough with the 1982 hit "Conan the Barbarian." Over the next six years, he would cement his role as a huge box office star in several films, including "The Terminator," "Twins," "Predator" and "Kindergarten Cop."

"The Terminator" would quickly become his best-known film franchise and its popularity continues today. Most recently, Schwarzenegger starred in "Terminator Genisys," which opened July 1 and has earned nearly $450 million globally.