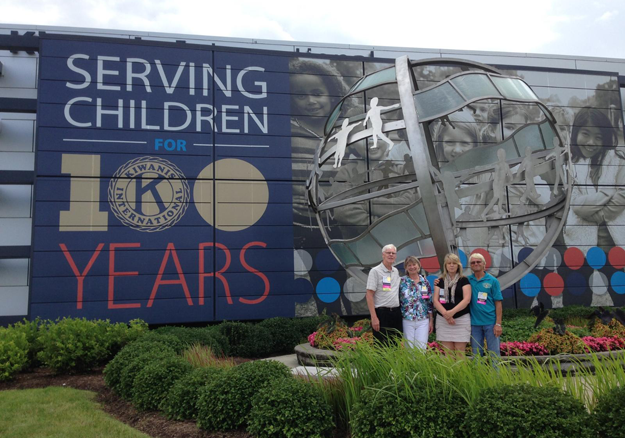 The Kiwanis Club of Niagara-Wheatfield witnessed a very busy summer and is about to reach an apex at The Wheatfield Family Picnic to be held Aug. 23 at Fairmount Park.

The Kiwanis will be set up in and around the kids' tent with the return of their beanbag toss, where one can ever not succeed at taking home a prize. Inside the tent, the "Take-a-Book, Leave-a-Book, Share-a-Book" project will return. All are welcomed to select children's/young adult book or books to freely take home for their reading enjoyment. If anyone has books to donate, the Kiwanis will find them a comfortable home. Corabell the Clown will visit, sculpting balloon figures for any donation to Kiwanis International's Project Eliminate.

New this year will be the "Stuff the MG" program. The Niagara-Wheatfield Kiwanis is collecting gently worn or new shoes to help fund our local children's projects: K-Kids at three elementary schools, scholarships, sending kids to summer camp at Kamp Kiwanis and other projects. Any pair of shoes, any size, steel-toed to flip-flops, will be appreciated. The MG Midget convertible will accept them all. The Kiwanis club will be selling Tim Hortons coffee, iced coffee and Timbits in the food section of the picnic.

Now under construction to be readied for the picnic is a 4-foot by 4-foot 100th anniversary cake to render its appearance Aug. 23. The cake is being tenderly "baked" in conjunction with Kiwanis International's 100th anniversary. The cake will also be in the Peach Festival and Electric Light parades.

Four members of the Niagara-Wheatfield Kiwanis attended the Kiwanis International Convention in Indianapolis this past June to join in the 100th anniversary celebrations, converse with fellow Kiwanians from around the globe and to share new and old ideas.

On June 11, a special dinner was held to honor the club's two scholarship winners. Scholarships winners were Denver Strong, a Niagara-Wheatfield graduate who plans to attend William Jewell College, majoring in physics; and Kelsey Kwandrans, a graduate of Mount St. Mary Academy who plans to attend Geneseo State College, with a major in English. A social event was held at the July 3 Buffalo Bisons' Buffalo Philharmonic Orchestra fireworks event.

The evening of July 17 saw the club's members meeting at Hoover's Dairy to proceed to clean up (aka physical fitness night) their adopted highway, Ward Road, from Niagara Road to Saunders Settlement. At the early hour of 6 a.m., some members volunteered for the United Way "Make a Difference" day, selling newspapers roadside.

For more information on the Kiwanis Club of Niagara-Wheatfield, projects, programs and/or membership, call 716-731-3696, email [email protected] or see them at the Wheatfield Family Picnic.

Danny Maerten is president-elect of the Kiwanis Club of Niagara-Wheatfield. 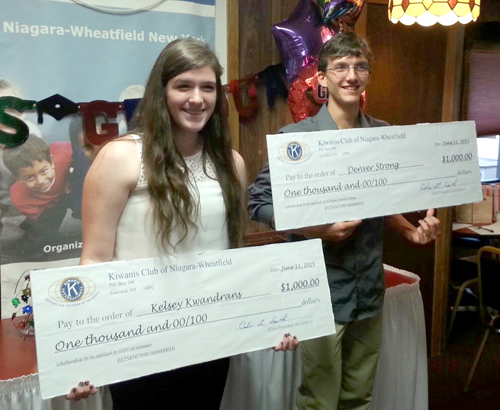 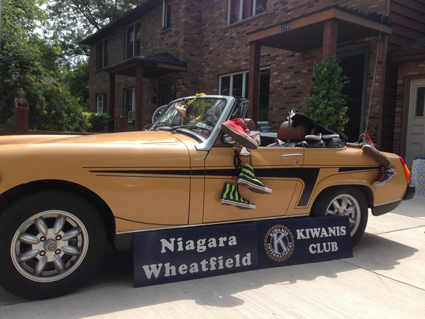