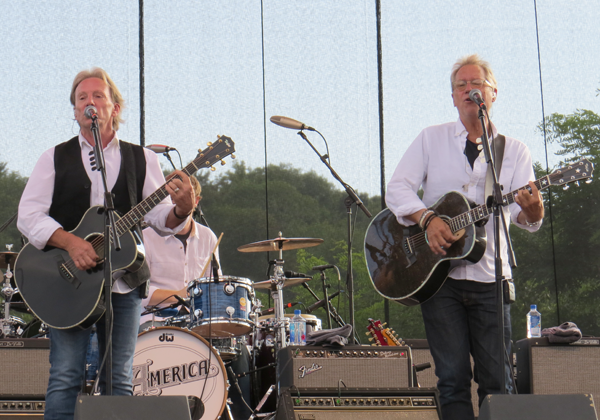 Artpark & Company hosted a night of good, old-fashioned rock and roll (with some AC thrown in for good measure) this week as part of its "Tuesday in the Park" concert series. Fan favorites America - Dewey Bunnell and Gerry Beckley - and Creedence Clearwater Revisited - minus a recovering "Cosmo" Clifford - returned to Lewiston as part of a three-hour-plus double-bill.

Visit our gallery for more images. 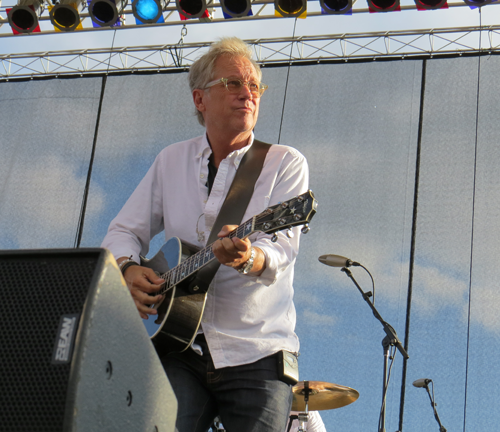 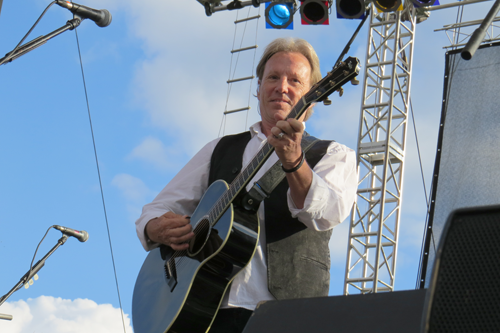 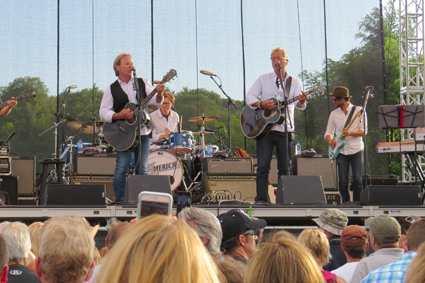 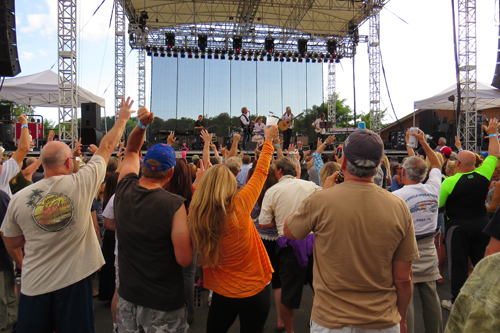 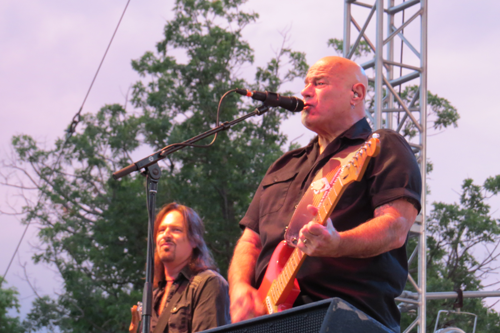 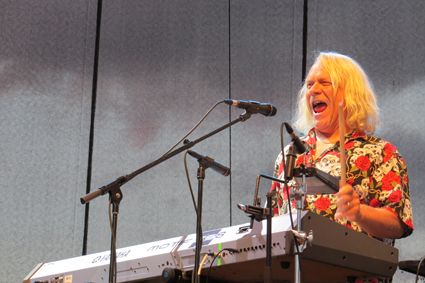 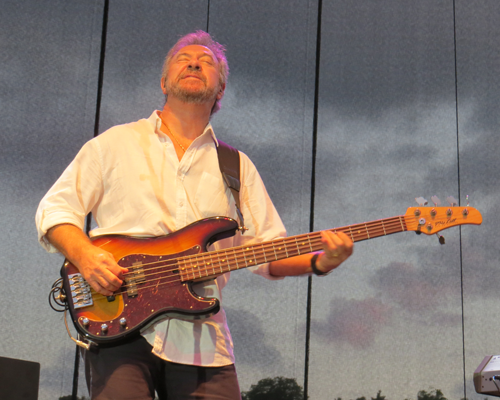 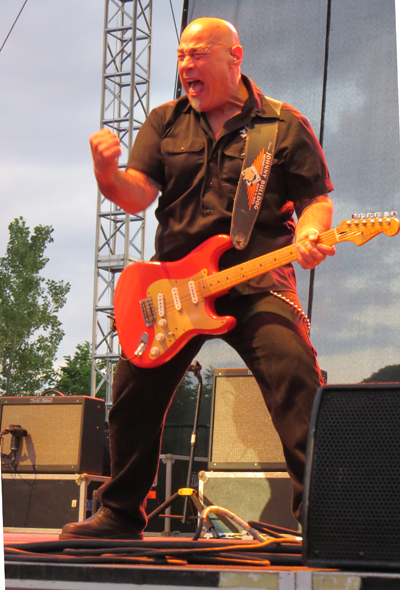 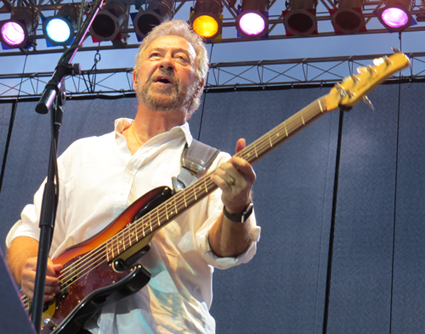 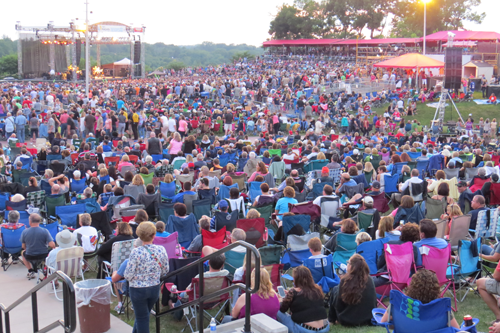 What began as a small gathering of friends at Lake Tahoe soon turned into a few private shows ... a few concert dates ... a steady gig ... and, now, 21 years later, it's a full-fledged national headline act.

More than two decades after Creedence Clearwater Revival broke up, drummer Doug "Cosmo" Clifford had the itch to perform his band's songs in the mid-1990s. At that time, he "would hear somebody say it would be great to hear the band live" every day, he said.

Many younger (original) CCR fans had "never got to hear it (live)," Cosmo said, as older fans "remembered hearing it" and longed to experience it again in person.

"That's what got us together in the first place," Cosmo said.

Today, the band tours the world, headlining shows in front of thousands of fans.

Now, while some may scoff at Cosmo and Cook performing original CCR songs sans frontman and songwriter John Fogerty, the modern-day Revisited has largely earned rave reviews for its handling of the material.

And, face it: Fogerty isn't reuniting with these guys anytime soon.

"We're still passionate about what we do," Cosmo said. "That's really the key to it. A lot of bands ... have been playing steadily for all those years. That might wear you out a little bit. But we didn't play this music for 25 years. That's one of the things that got us together in the first place." 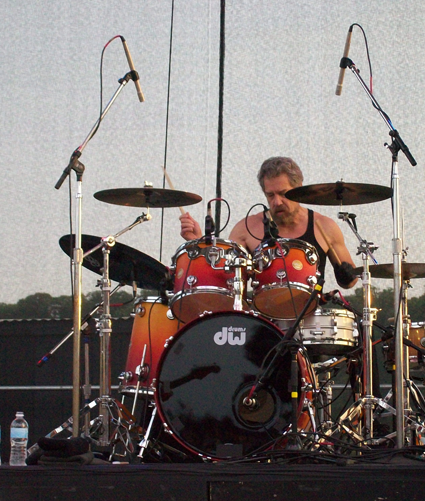 Classic CCR sprang to fame in 1969 with the aptly titled album "Bayou Country" and the hit single "Proud Mary." The band continued its ascent into legendary status with two follow-up records: "Green River" (and "Bad Moon Rising") and "Willy and the Poor Boys" (with "Down on the Corner" and "Fortunate One").

"John gave us great songs," Cosmo said. "We went and executed those songs as a recording unit.

"We learned to play our instruments while learning to be a band at the same time, and recording for 10 years (partly as another act) before we had a few of the hits. We worked very hard at it, and finally achieved a dream."

Revisited was a chance to relive the songs and recapture the feeling of performing them live.

"For me, it's living the dream," Cosmo said. "It's just that simple. It's an honor and a pleasure to play these songs that have sustained decades and have three generations of fans now."

While the songs have endured, CCR dissolved in less than a decade.

Remarkably, Revisited has lasted twice as long (and counting).

"This is a 21-year project right now, which blows my mind every time I say that," Cosmo said. "Time has just flown by. We're having a blast. We love what we do. We're passionate. We have the ultimate respect for the songs, and the fans. They deserve the best - and we do (too).

"If we're going to go out and leave our families, and go out and knock around the world playing rock 'n' roll, we better be having fun. We better be executing these songs the way they should be done."

Revisited performs Aug. 11 at Artpark. The band will co-headline "Tuesday in the Park" with America.

For Revisited's part, Cosmo said, "You know what it is: It's all Creedence all night long.

"There's a lot of hits out there and, of course, the obvious ones: 'Proud Mary,' 'Who'll Stop the Rain,' 'Bad Moon Rising.' Then there are other gems that were legitimate hits that weren't, maybe, as popular as the ones I just mentioned. People tend to forget those, and it's kind of a nice surprise when they hear them played."

For CCR fans, the nicest surprise is having a chance to hear the original rhythm section live - and sounding as strong as it did more than four decades earlier.

Tickets for "Tuesday in the Park" are available at the Artpark box office, 450 S. Fourth St., Lewiston, and online at www.artpark.net. 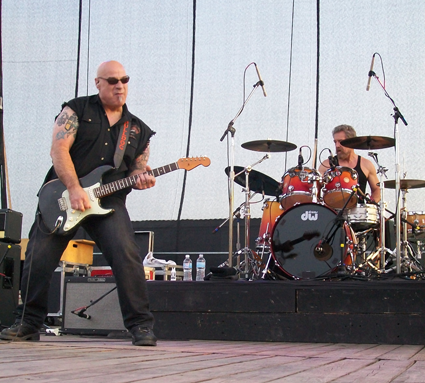