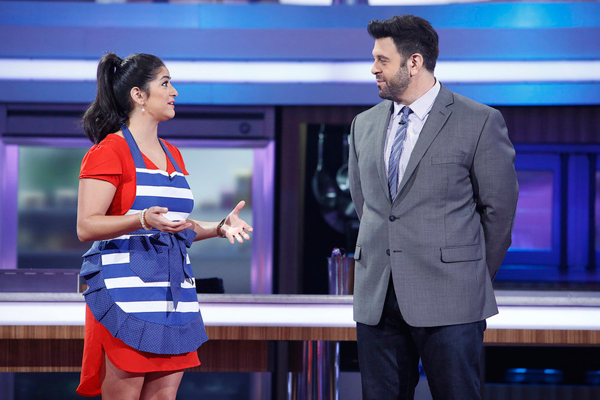 Ten of the country's best home cooks will get a once-in-a-lifetime chance to compete against world-class chefs when NBC's high-stakes culinary game "Food Fighters" returns for season two Thursday, July 2 (8-9 p.m. ET). And for the first time ever on the show, kids as well as adult contestants will be putting their signatures dishes to the test in this fun, fast-paced competition series hosted by Adam Richman.

The "Food Fighters" season premiere pits Jacky Herrara, a convention reporter from Orlando, Florida, with a flair for modern Latin cuisine, against five chefs specializing in everything from barbecue to soul food to California cuisine. In the final round, she'll face off against celebrity chef Antonia Lofaso, executive chef and owner of two popular Los Angeles restaurants, and well known for her appearances on "Restaurant Startup," "Top Chef Season 4," "Top Chef All Stars," "Top Chef Duels" and Food Network's "Cutthroat Kitchen."

This season's contestants include a former 49ers NFL cheerleader, a firefighter, a law student, stay-at-home mothers and two kid contestants - a 12-year-old female chef and a 14-year-old male chef who was previously a semifinalist on "Master Chef Junior."

In a series of compelling, tension-filled showdowns, each home cook will face off one by one against five professional chefs who won't know in advance what dish they'll have to cook, thereby leveling the playing field. Armed only with their treasured family recipes, the home cooks will compete and climb a money ladder with increasing cash prizes for every professional chef they knock out, with the chance to win as much as $100,000.

The contestants competing this season are:

•Alyssia Birnbaum, a married, stay-at-home mother of one from Dallas; hometown: Kaneohe, Hawaii.

•Will Spencer, a married father of four and general manager for a health club from Woodbridge, Virginia; hometown, Washington, D.C.

Fans can visit the official show site at: http://www.nbc.com/food-fighters. 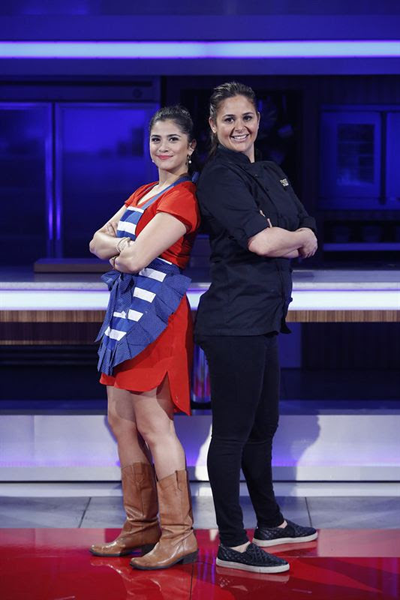