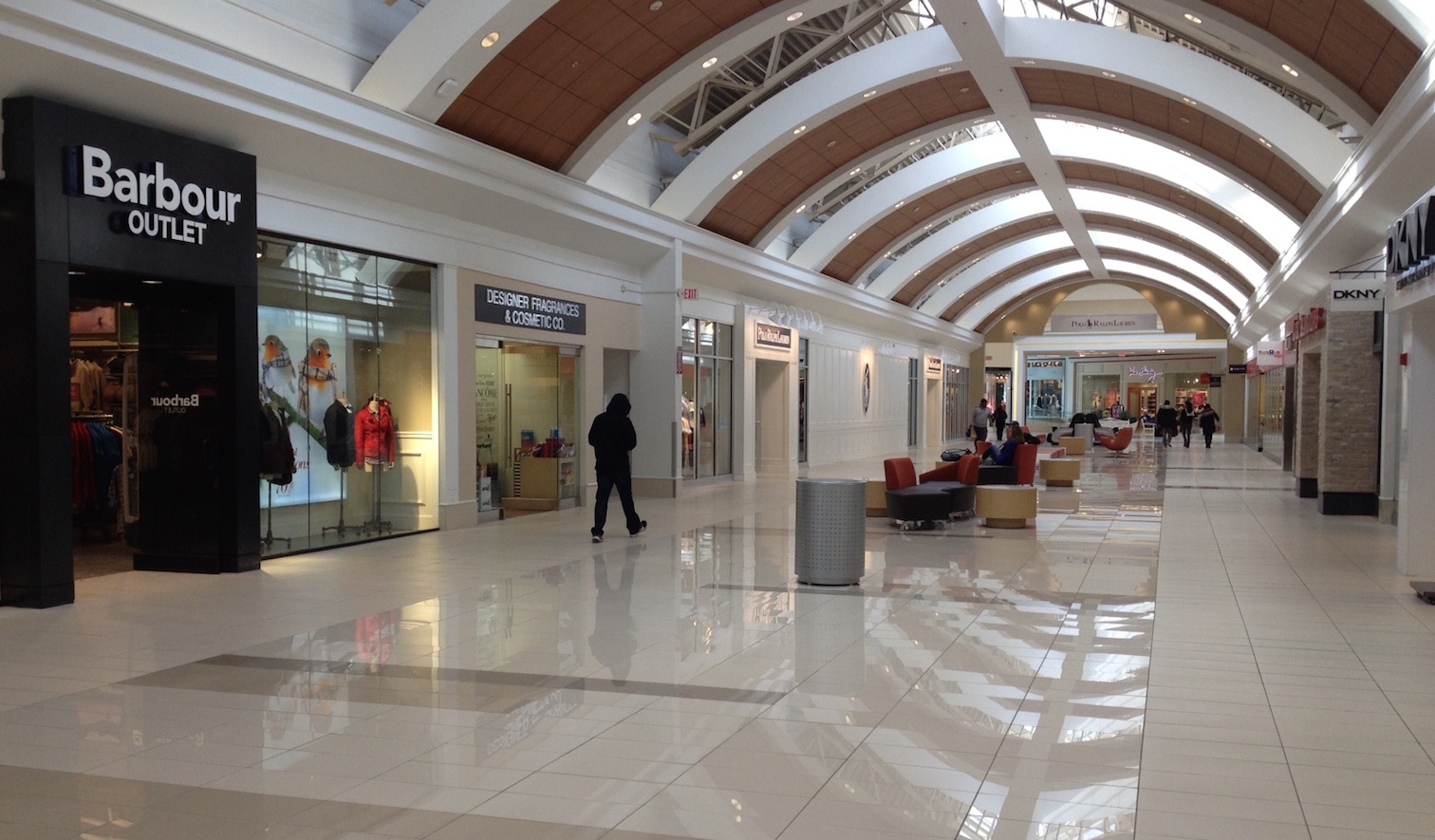 The Fashion Outlets of Niagara Falls succeeds with new expansion

Niagara Falls may be an attraction that reels in tourists in large numbers, but as for destinations it's not the only thing people travel miles to experience.

The location of the outlets could not be any more ideal for it is the closest outlet mall to the falls, and only several miles from the Canadian border.

With the recent outlets that were newly built right over the border in Ontario, Canada, changes needed to be made to keep the Canadian customers loyal to the Fashion Outlets.

John Doran, mall manager, said, "In order to stay competitive and to dominate as the primary outlets, there was no question we had to expand."

The main competitor for the Fashion Outlets of Niagara Falls, is the outlet mall right over the border in Ontario. The majority of shoppers at the outlet mall on the American side are Canadians. Making sure that they choose to cross the border to shop is Doran's main goal.

"With 8 million people in the greater Toronto area, and 1.2 million in Western New York, the Canadian customers dominate in numbers. But we appreciate every sale and market to both sides of the border. But for maximization of success, it is important we focus on the Canadian side a bit more" Doran said.

John Magers, a frequent American shopper at the outlet mall, said, "I would say that the majority of the people that shop here are Canadian, making up to at least 75 percent. The expansion has definitely done well and attracted more customers. The stores in the addition seem to be aimed at more of an older crowd than opposed to the late teens to young adult ages. The addition to the parking lot is also a huge positive to the mall expansion."

One negative aspect the  Fashion Outlets has brought to this area is aggravation for those who live in the area. On a Saturday afternoon, it is impossible to find a parking spot at the mall, because of the amount of Canadians. Holiday shopping becomes a nightmare because of the crowds.

Doran said, "Right now, the Toronto shopper isn't coming over, because of their money being down. We can't control or foreshadow what will happen with the value of their dollar or the weather, which both can affect their presence here negatively."

Niagara Falls is seen as more of a summer destination, which can make it hard to market anything in the winter months, including the mall. Sales are prone to go down in comparison to the peak summer months. Summer is the time that everyone is traveling. The summer brings multiple bus tours to the mall, mainly from Toronto, which go to the falls and then stop at the Fashion Outlets mall before returning to Canada.

The Fashion Outlets mall has brought about multiple positive aspects to the Niagara Falls area. In the past two years, numerous stores and restaurants have been built surrounding the mall. The list includes Hobby Lobby, Wal-Mart, Firehouse Subs, Pet Smart, Shoe Carnival, Panera, Chipotle, Five Guys, Long Horn Steakhouse, Starbucks and a LA Fitness. These additions have brought more visitors and created more jobs for those living in the area.

Niagara University student Megan Girasole said, "Because of the attention the mall has received, our economy has improved and brought more tourists here. The more tourists, the more revenue we have to keep expanding and developing."

Doran said this summer is expected to be quite successful. The Canadians are expected to come over in large masses to see the expansion. Doran is optimistic because the Fashion Outlet mall has done its share of marketing and looks forward to a successful season from April to September. 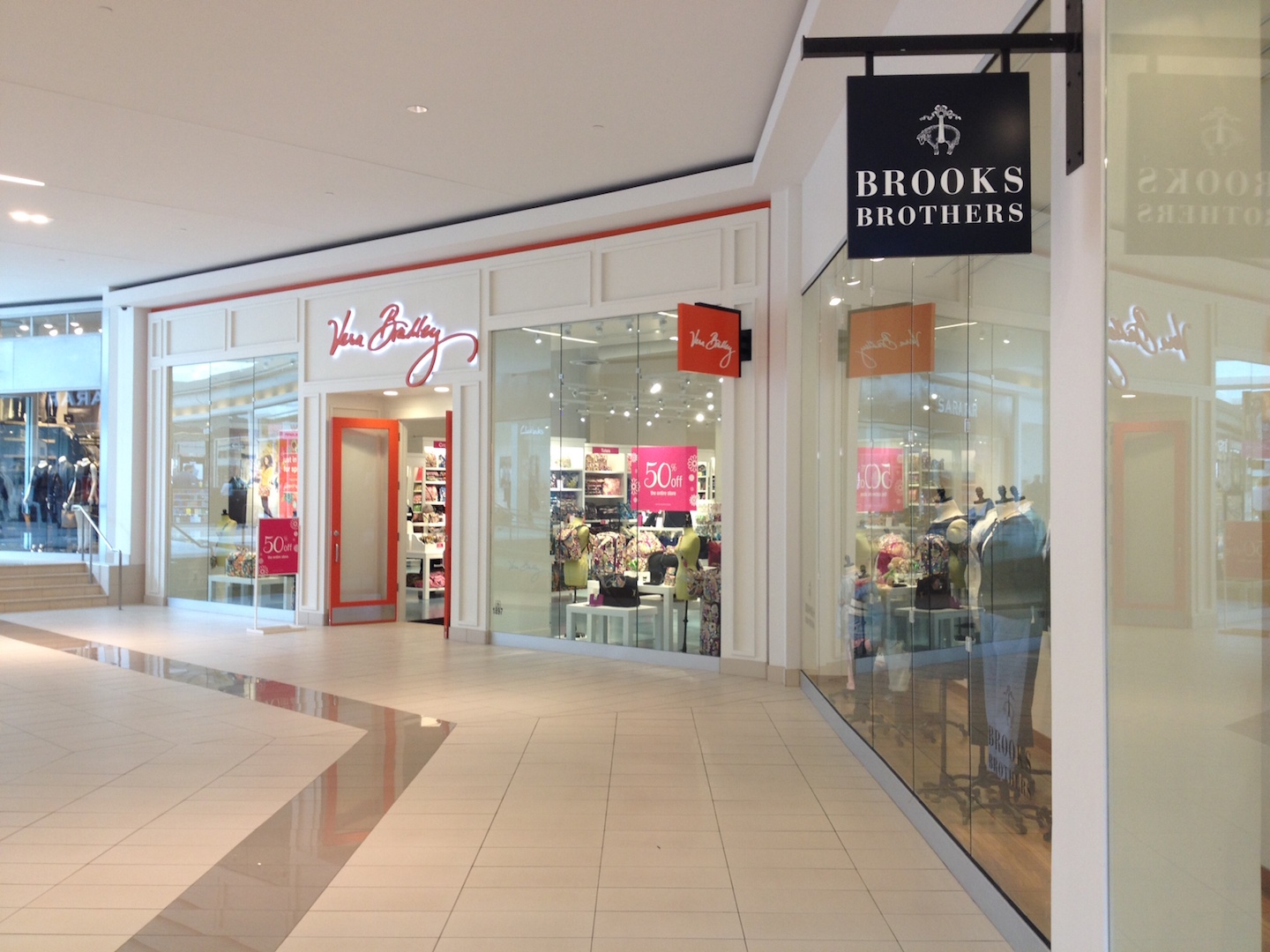 The mall was not just expanded, but the original sections of the mall were remodeled to flow better with the new wings. The food court was updated with a more colorful and modern design than the outdated décor that had been there prior. Before, the tile was clearly outdated white and blue. After the remodel, the tile is a modern style that flows nicely throughout the entire mall and expansion. The walls inside have been touched up, as well as the outside of the mall. A large new entrance was built on the new expansion, in between Forever 21 and Saks Fifth Avenue. The entrance almost resembles an airport entrance, with a pull-up drop-off area for buses and cars.

The new stores were added based upon what other malls contain and trends that are currently succeeding right now. Recently, Nike has revealed a newly renovated store. Under Armor is moving and doubling in size. And on May 1, a new gourmet macaroni storefront, "Macarollin," is being added to the food court.

Doran said, "Niagara Falls is a destination that brings in 22 million visitors annually. We need to stay positive that we remain on their itinerary when visiting The Falls.

Below you will see a list of stores that have been added to the Fashion Outlet mall.

For a full list of all the stores in the Fashion Outlets Mall, visit http://www.fashionoutletsniagara.com. 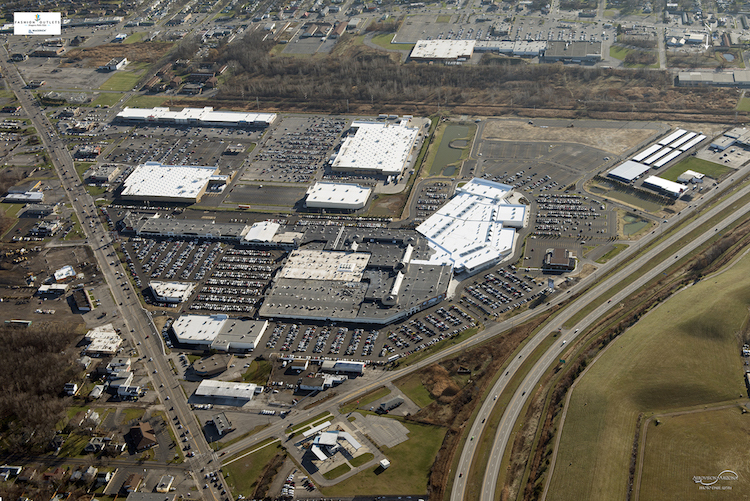