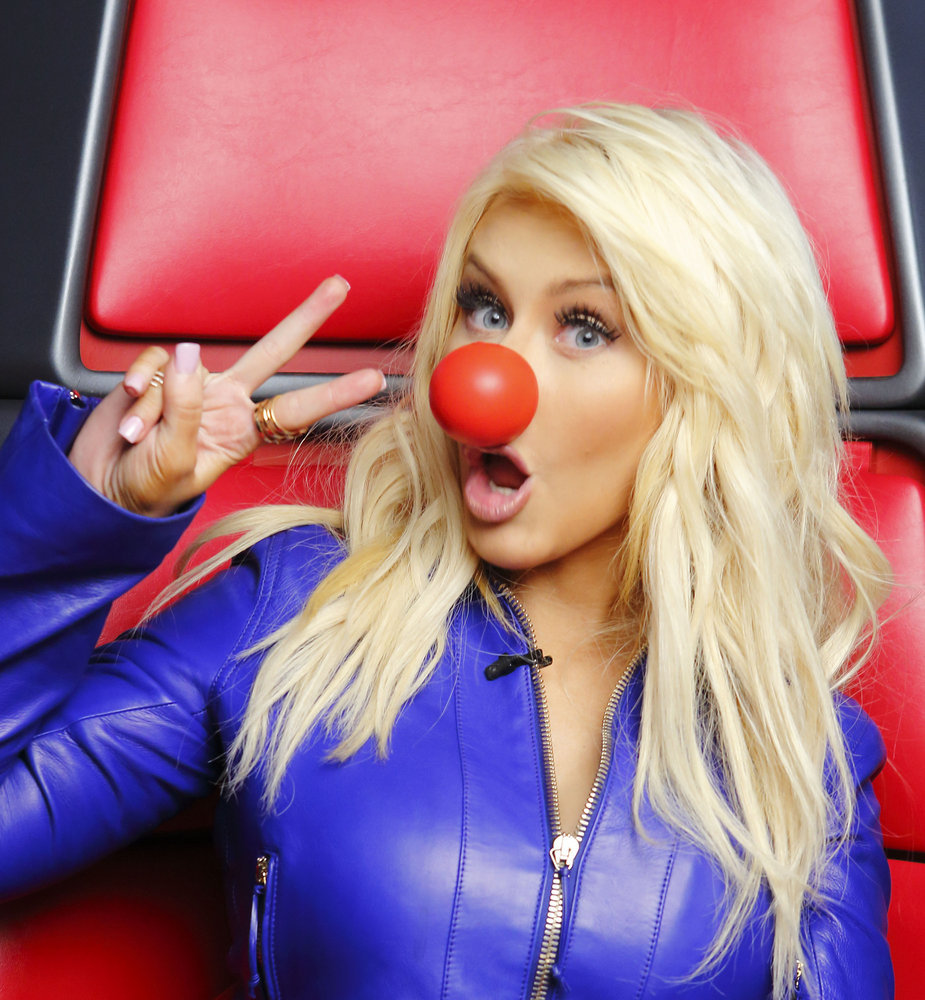 NBC and the "Red Nose Day" organization have selected 12 poverty-fighting charities that will benefit from a unique television event. NBC will televise its three-hour "Red Nose Day" special Thursday, May 21 (8-11 p.m.), in front of a live audience. Stand-up performances, sketch comedy, parodies and music performances from A-list artists will be part of the telecast.

The money raised during "Red Nose Day" will be used to fund programs that address the immediate needs of children and young people living in poverty in the U.S. and internationally in Africa, Asia and Latin America. The money will be split between domestic and international poverty issues. The pre-selected charity partners are Boys & Girls Clubs of America; charity: water; Children's Health Fund; Feeding America; Gavi, The Vaccine Alliance; the Global Fund; LIFT; National Council of La Raza; National Urban League; Oxfam America; Save the Children and United Way.

"It is a distinct honor to have our 'Red Nose Day' efforts aimed toward assisting these exceptionally worthwhile charities," said Paul Telegdy, president of alternative and late night programing, NBC Entertainment. "Our goal is to create an extraordinary broadcast that is entertaining while inspiring a level of goodwill and giving that will dramatically change the lives of those with the most immediate need."

In the U.K., "Red Nose Day" has been going for 30 years and is an inspiring cultural phenomenon that unites people from all walks of life in the interest of saving and changing lives across the globe. With superstar presenters and comedians, original sketch comedy, hilarious film parodies, one-off sitcom reunions and amazing musical performances, it's no wonder this program has been the one of the BBC's highest-rated Friday night shows for many years. Best of all, it's raised more than $1 billion in donations (so far) for organizations addressing poverty, and shows no signs of slowing down.

Actress Sienna Miller, who co-starred in "American Sniper" and "Foxcatcher," both recently nominated for Oscars, said, " 'Red Nose Day' is almost like a national holiday in the U.K. It's a day of real excitement as everyone looks forward to it, and the entire country gets involved in some way. I'm thrilled it's coming to the U.S.!"

Created by writer-director Richard Curtis ("Love Actually," "Bridget Jones's Diary," "About Time") in 1985, the idea of "Red Nose Day" was built upon the foundation that mass media and celebrities can help raise money and awareness of poverty to save and change millions of lives.

"For many years, I've dreamt of bringing 'Red Nose Day' to the U.S., and I'm so excited that we've teamed up with NBC, who will do such a brilliant job on this," Curtis said. "Experience has taught me how extraordinarily compassionate and generous Americans can be, and I've lived my life in awe of American comedy talent. So putting those two things together will, I hope, create an amazing event that will make a massive difference to the lives of millions of children and their families in the U.S. and in the poorest countries around the world."​

Curtis will serve as an executive producer for the NBC telecast.

Funny Or Die, the award-winning destination for comedy on the Web, and producer of high-quality content across numerous platforms, will partner with NBC to create original content for the special. Guest stars will be announced at a later date.

Information on the 12 "Red Nose Day" charities is as follows:

For more than 150 years, Boys & Girls Clubs have enabled kids who need us most to achieve great futures as productive, caring, responsible citizens. Every year, more than 4,100 clubs serve nearly 4 million kids, often in our country's most vulnerable communities - from rural towns to urban settings, from public schools to public housing units, on Native lands and in BGCA-affiliated youth centers on U.S. military installations worldwide.

charity: water is a nonprofit organization on a mission to bring clean and safe drinking water to people in developing nations. We're doing this by funding reliable, effective local partners and inspiring a community of generous people to give their time, talent and money. 100 percent of public donations directly fund water projects. We cover our operating costs separately through private donors, foundations and sponsors who allow us to sustain this ambitious model.

We raise awareness about the 748 million people living without life's most basic need and invite others to join our mission. Since 2006, charity: water has funded more than 16,000 water projects in 24 countries around the world to help more than 5.2 million people get access to clean and safe water, hygiene education and improved sanitation. Our goal is to end the water crisis in our lifetime.

Founded in 1987 by singer/songwriter Paul Simon and pediatrician/advocate Irwin Redlener, M.D., Children's Health Fund is the nation's leading pediatric provider of mobile-based health care for homeless and low-income children and their families. Its mission is to bring health care directly to those in need through the development and support of innovative medical programs, response to public health crises, and the promotion of guaranteed access to health care for all children.

Children's Health Fund has a fleet of 50 mobile medical, dental and mental health clinics serving hundreds of locations in 17 states and the District of Columbia. Over the past 27 years, the organization has treated more than 350,000 disadvantaged children providing almost 3.3 million health care visits, often in places where doctors and health care providers are in short supply.

Feeding America is the nationwide network of 200 food banks that leads the fight against hunger in the U.S. Together, we provide food to more than 46 million people through 60,000 food pantries and meal programs in communities across America. Feeding America also supports programs that improve food security among the people we serve; educates the public about the problem of hunger; and advocates for legislation that protects people from going hungry.

Individuals, charities, businesses and government all have a role in ending hunger.

Donate. Volunteer. Advocate. Educate. Together we can solve hunger.

In its 2016-20 program, Gavi looks to immunize an additional 300 million children and increase to 50 percent from 5 percent the number of children who receive all 11 vaccines recommended by World Health Organization. This would save an additional 5 million to 6 million lives.

The Global Fund is a 21st-century organization designed to accelerate the end of AIDS, tuberculosis and malaria as epidemics. Founded in 2002, the Global Fund is a partnership between governments, civil society, the private sector and people affected by the diseases. Working together, we have saved millions of lives and provided prevention, treatment and care services to hundreds of millions of people, helping to revitalize entire communities, strengthen local health systems and improve economies.

The Global Fund strives for maximum impact and provides funding where it can achieve the best results, operating on the principle that the people actually implementing programs on the ground are the experts in knowing the best way to fight disease in their country and coming up with the most effective solutions. So whether it is distributing mosquito nets to protect families from malaria in Honduras, training peer counselors who work with teenagers diagnosed with HIV in South Africa, or providing equipment for the diagnosis of tuberculosis to clinics in Kazakhstan, partners in each country fighting the pandemics find support from the Global Fund.

LIFT's mission is to help community members achieve economic stability and well-being. We are working to establish a new standard for holistic and enduring solutions in our country's fight against poverty.

LIFT works to lift families out of poverty for good. We take a people-powered approach to fighting poverty: A network of members (primarily low-income individuals) and advocates (trained college students and community volunteers) work together to build the strong personal, social and financial foundations people need to get ahead.

LIFT operates eight centers in six cities - Boston, Chicago, Los Angeles, New York, Philadelphia and Washington, D.C. - where advocates help members find jobs, housing or education for themselves or their children. Meeting each person at his or her point of need, advocates work side by side with members to overcome their immediate concerns and address long-term barriers on the road to financial stability.

By setting their own goals and working hard to achieve them, our members also build a support network, confidence in what they bring to the table, and the skills to manage tough times in the future.

Established in 1968, NCLR works to create opportunities for Latino families. By partnering with nearly 300 affiliated community-based organizations across the country, NCLR helps millions of children and families have access to quality education, get good jobs, stay healthy and have a place to call home. In short, we give them the chance for a better life and a shot at the "American Dream."

Join the largest national Hispanic civil rights and advocacy organization in the U.S. as we build a stronger America.

The National Urban League is a historic civil rights and advocacy organization dedicated to economic empowerment in African-American and other underserved urban communities. Founded in 1910 and headquartered in New York City, the National Urban League impacts and improves the lives of more than 2 million young people and adults annually through direct service programs, which are implemented locally by 94 Urban League affiliates, serving 300 communities in 36 states and the District of Columbia.

Oxfam America is a global organization working to right the wrongs of poverty, hunger and injustice. As one of 17 members of the international Oxfam confederation, we work with people in more than 90 countries to create lasting solutions. Oxfam saves lives, develops long-term solutions to poverty, and campaigns for social change.

Our vision: A just world without poverty. Our mission: To create lasting solutions to poverty, hunger, and social injustice.

Save the Children invests in childhood - every day, in times of crisis and for our future. In the U.S. and around the world, we are dedicated to ensuring every child has the best chance for success. Our pioneering programs give children a healthy start, the opportunity to learn and protection from harm. Our advocacy efforts provide a voice for children who cannot speak for themselves.

As the leading expert on children, we inspire and achieve lasting impact for millions of the world's most vulnerable girls and boys. By transforming children's lives now, we change the course of their future and ours.

United Way is a worldwide movement of nearly 1,800 community-based United Ways in 41 countries and territories. It advances the common good by focusing on education, income and health -building blocks for a good quality life. The United Way movement mobilizes millions to action - to give, advocate and volunteer - to improve conditions in their local community.

United Way Worldwide will distribute a portion of the money raised through "Red Nose Day" specifically to local United Ways addressing the basic needs of poverty in local communities across the U.S. 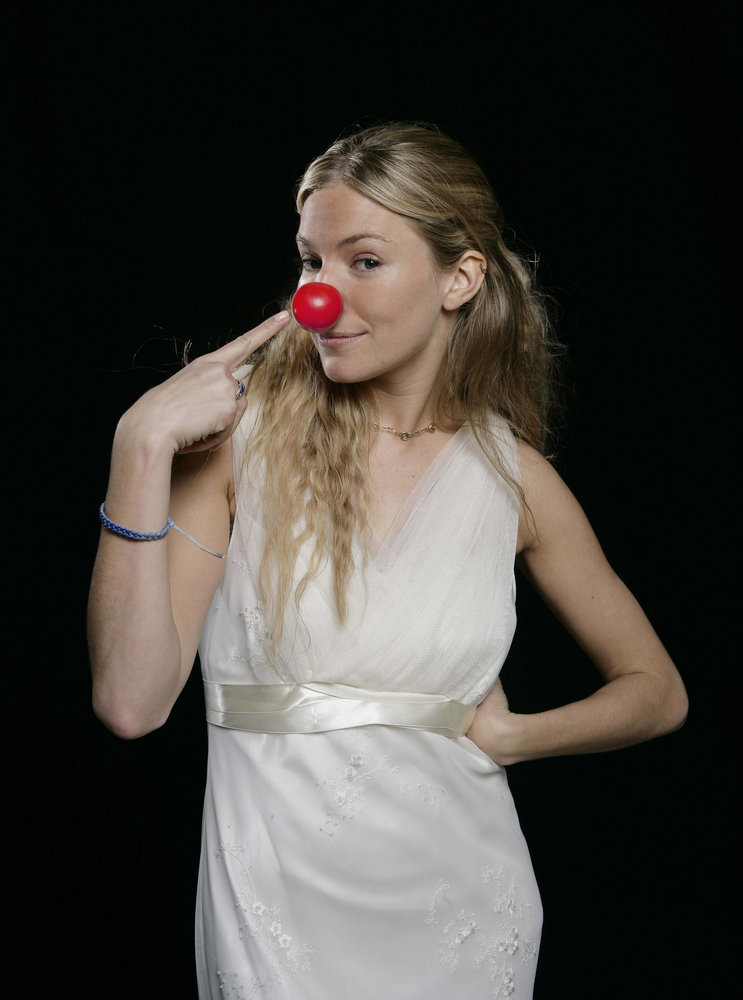