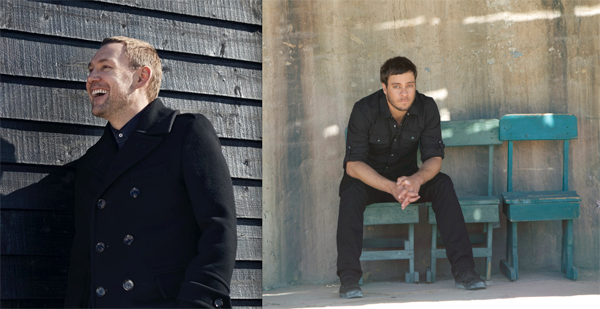 The two are scheduled to perform at some of the country's most prestigious concert venues, including Artpark's Mainstage Theater. General admission tickets are set to go on sale at 10 a.m. Friday, March 20, for $59.50 (pit, grand tier and first tier), $49.50 (second tier) and $35 (general admission lawn).

This is the first Mainstage Theater concert announced for Artpark's 2015 season.

Gray and Lee will alternate closing spots throughout the tour.

Gray established himself as one of the UK's leading artists both at home and overseas. His commercial success is backed up by a critical consensus and numerous accolades. His 2009 release, "Draw The Line" was met with critical praise and garnered the artist a series of high-profile television appearances, as well as two sold-out U.S. tours.

"Mutineers" finds the singer-songwriter steering into unfamiliar territory while cultivating a pugnacious but respectful relationship with his own history. The lead single, "Back In The World," garnered praise and reached top 10 in the AAA charts.

"Mutineers" is an experiment that seems to fizz with the joy of its own assembly - the sound of a musician making a clean break and some sharp turns, but also reconnecting with the freedoms of an earlier dream. It's a rebuke and a salutation to all that's gone before.

Lee released his self-titled debut in 2004 and followed with critically acclaimed "Supply and Demand" (2006) and "Last Days at the Lodge" (2008). But it was 2011's "Mission Bell" that brought Amos mainstream attention. It debuted at No. 1 on the Billboard 200, and contained the No. 1 AAA radio hit "Windows Are Rolled Down."

Last year, Lee headlined amphitheaters and delivered mainstage performances at top festivals supporting "Mountains Of Sorrow, Rivers Of Song" (2013). He has been featured on numerous television programs and recently collaborated with Asleep at the Wheel on its star-studded Bob Wills tribute CD, "Still the King: Celebrating the Music of Bob Wills and his Texas Playboys."  Lee will record PBS' "Bluegrass Underground" for broadcast later this year.