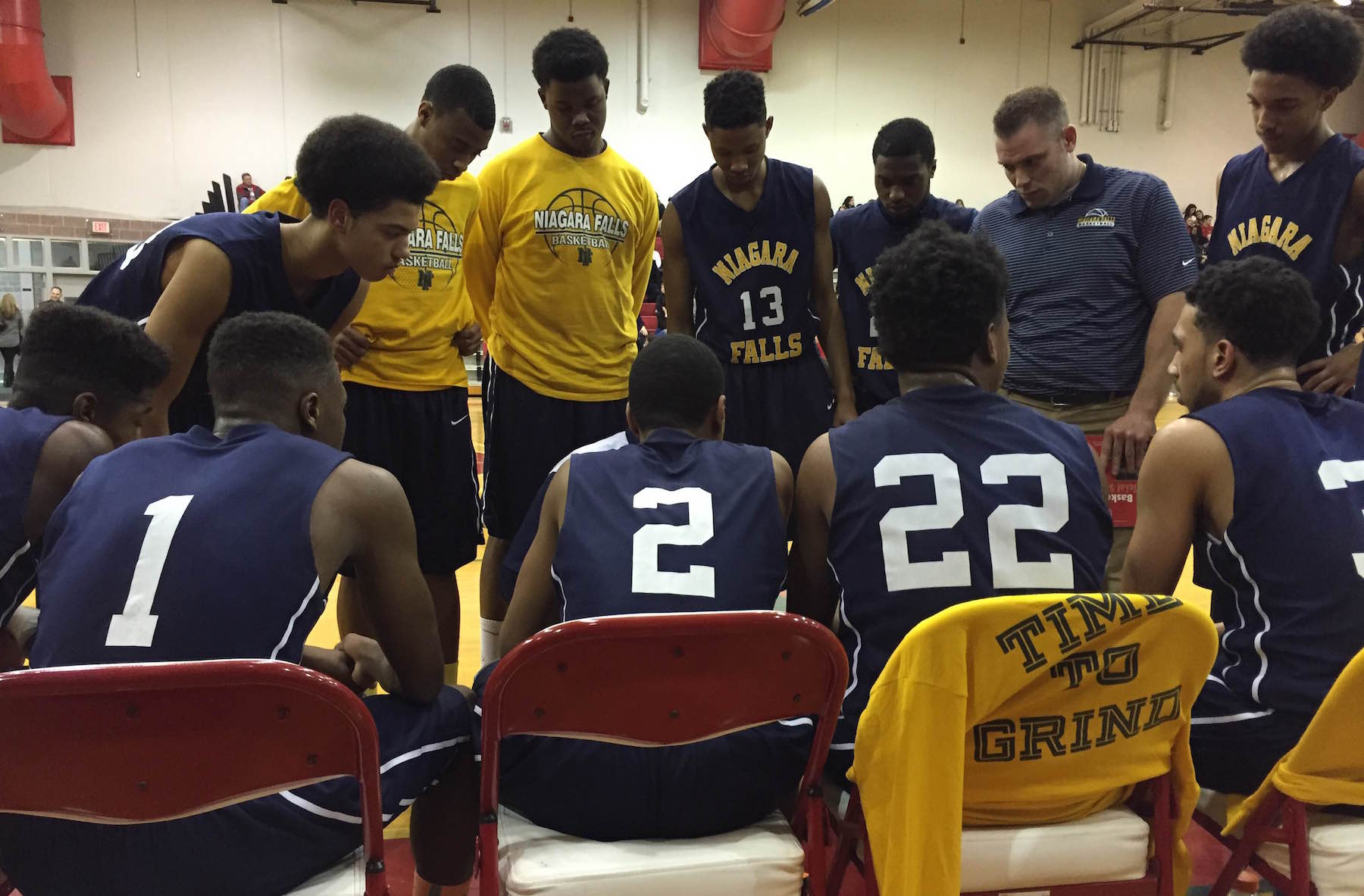 Niagara Falls huddles up in a timeout during their 52-37 win at North Tonawanda Friday February 6 2014.

Niagara Falls High School's men's basketball is well on its way to a Niagara Frontier League (NFL) championship with back to back wins in the past week. The first of which came over arch rival North Tonawanda

Both teams played airtight defense for the entirety of the 32-minute contest, and the game was within one point on four separate occasions. Devin Scarborough paced the Wolverines with 19 points on the night, including a 3-pointer with under three minutes remaining to give the Wolverines some insurance. Breon Harris and Tyler Sanders combined for 13 points and played tenacious defense to keep the Lumberjacks out of reach in the fourth quarter.

The Wolverines began the game with an 11-3 run and were up 14-9 at the end of the first quarter, but the Lumberjacks came back with a vengeance and took a 23-22 lead into halftime. From there, the game continued to be close, with Niagara Falls taking the lead back 33-31 at the end of the third. Scarborough's huge fourth quarter was what the Wolverines needed to beat their crosstown foes 52-37.

Play for Niagara Falls resumed the following Tuesday when the Lockport Lions came to town. Even without star Breon Harris (hip injury), the Wolverines' defense stood out again and the team cruised to an easy 62-32 win, fueled in part by a stellar 18-point night from Charles Lamar.

The Wolverines sit tied with North Tonawanda atop the NFL. If they keep on rolling the way they have in their past two contests, the team can be the 2015 NFL champions.