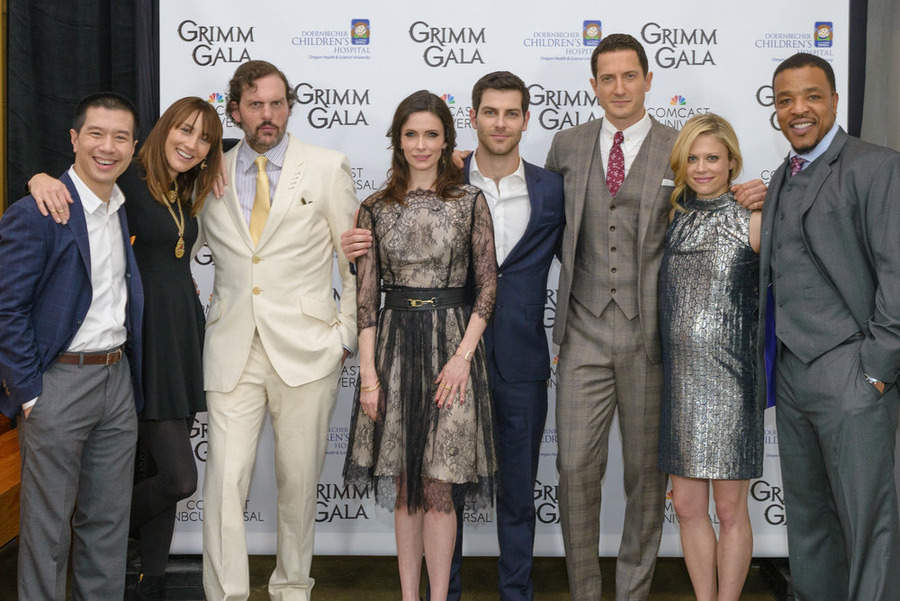 The event, presented by Comcast and NBCUniversal, will endow a fund for local kids and families

NBC's "Grimm" cast hosted the "Grimm Gala" Saturday in Portland, Oregon, where the hit drama is set and filmed, to establish the Grimmster Endowment for OHSU Doernbecher Children's Hospital. The sold-out gala, presented by Comcast and NBCUniversal, had more than 300 attendees and volunteers and raised more than $310,000. Funds will provide children and families critical support associated with uncompensated care, travel, lodging and other services.

"Over the past few years, my fellow cast and crew members and I have fallen in love with the city. Since Portland has given us so much, we wanted to give something back," said Sasha Roiz, who plays Captain Sean Renard on "Grimm." "The cast visited OHSU Doernbecher Children's Hospital not long after coming to Portland, and we were moved by the families, kids and everything the hospital does to ensure patients receive the best possible care in a supportive, family-centered environment."

Speakers included Doernbecher's Dr. Dana Brainerd and 10-year-old patient Jake Dering. Dering got a roaring laugh from the crowd when he encouraged donors to bid, stating, "Imagine you're on the one yard line, and you have a choice: Do you want to pass or run the ball into the end zone." He then finished with "Let's sell some money!"

Event auction items included Nike's unique, custom-made roche boots, designed by Tinker Hatfield, vice president of creative concepts, with a depiction of each Wesen character on the back (one side with the human form and one side with the creature form).