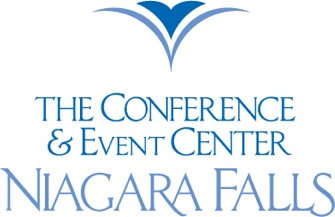 Global Spectrum, the company that manages The Conference & Event Center Niagara Falls and Old Falls Street, USA, has named Niagara Falls native Jason Murgia as its new general manager at its Niagara Falls facilities. In addition, new management team members have been added and several key members of the current management staff have been promoted to new positions.

As general manager, Murgia is responsible for the overall management, promotion and operation of the CCNF and Old Falls Street, USA. He was promoted to this position after serving as the assistant general manager in 2014. He succeeds Ryan Coate, who has been appointed the full-time general manager of Canalside in Buffalo, another Global Spectrum managed facility.

Prior to this position, Murgia was the director of events at the CCNF for the past four years. Before working for Global Spectrum, he served as a Niagara County legislator and owner of The Orchard Grill restaurant in Niagara Falls. He holds a bachelor's degree in business administration from the University of South Carolina - Costal.

"I am honored to head our team of well-rounded directors and managers who will allow us to reach loftier goals in 2015," Murgia said. "This new team of professional employees will collaborate to bring more events and more commerce to the downtown Niagara Falls area."

The new directors and managers include Katie Kielaszek, who has been named the director of special events on Old Falls Street, USA. In this position, Kielaszek directs, plans and executes all daily activities and special events hosted on the Old Falls Street throughout the year. Her team also is responsible for daily maintenance as well as seasonal landscaping and food vending.

Kielaszek was promoted to this position after serving as an event services manager for The Conference & Event Center for the past three years and an event coordinator on Old Falls Street, USA for one year. Prior to being employed by Global Spectrum, she was an account manager for the American Society of Composers, Authors and Publishers. A resident of Niagara Falls, Kielaszek holds a bachelor's degree in music from New York University.

Andres Cintron is the new director of operations at the CCNF. In this position, he is responsible for the operation and maintenance of the facility as well as the HVAC, electricity and plumbing systems. Prior to this position, he was the operations manager at Dermody Properties LV Nevada in Buffalo; the director of engineering at the Adam's Mark Hotel in Buffalo; and the chief engineer at the Sheraton At The Falls in Niagara Falls. A resident of Blasdell, Cintron holds a biology degree from Catholic University, and is formally trained as an HVAC and boiler stationary chief engineer.

Jason Gannon, a certified meeting planner and certified hospitality sales professional, has been named as an event services manager at the CCNF. Prior to this position, he served as the convention services manager and executive meeting manager at Renaissance Hotels as well as the senior catering sales manager at LaJolla and Chop House Restaurants in Montgomery, Alabama. A resident of Snyder, Gannon is "Green Meeting"-certified and holds a bachelor's degree in communications from the University at Buffalo.

Ashleigh Freiday has been promoted from event services coordinator to event services manager at the CCNF. Prior to being hired by Global Spectrum, she was the sales and marketing director as Seneca Hickory Stick Golf Course. A resident of Buffalo, she holds a bachelor's degree in communications from Robert Morris University.

A resident of Buffalo, Pruett holds a bachelor's of arts from the University at Buffalo.

Old Falls Street, USA, managed by Global Spectrum, is a historic three-block destination that connects the entrance of Niagara Falls State Park with the Conference & Event Center, the Seneca Niagara Casino & Hotel and other downtown Niagara Falls attractions. Serving as the "Welcome Center" for residents and visitors alike, the thoroughfare provides spaces for daily vending and special activities, including concerts, festivals and holiday activities. Additional information can be found at www.FallsStreet.com.