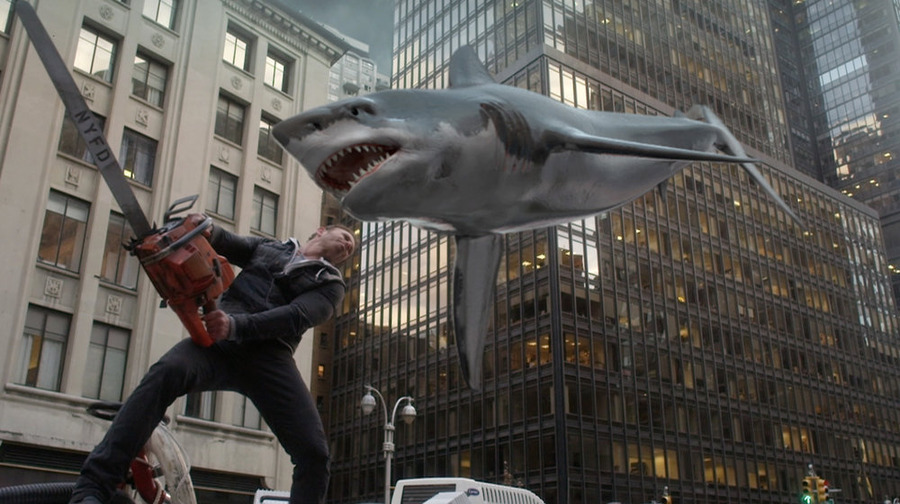 Ian Ziering is pictured as Fin Shepard in "Sharknado 2: The Second One" (NBC photo by Will Hart)

Syfy, The Asylum announce Ian Ziering and Tara Reid will star in 'Sharknado 3'

Syfy and The Asylum today announced the original "Sharknado" survivors will return for the most epic shark attack yet! Ian Ziering and Tara Reid will reunite for the global pop culture sensation "Sharknado 3," reprising their roles as Fin and April, respectively.

Anthony C. Ferrante will once again direct, based on an original screenplay by Thunder Levin.

"Sharknado 3" is a production of The Asylum.

Premiering on Syfy in July, "Sharknado 3" will cause mass destruction in the nation's capital, Washington, D.C., than roar down the Eastern Seaboard.

When it aired last July 30, "Sharknado 2: The Second One" became Syfy's most-watched original movie ever with 3.9 million total viewers.