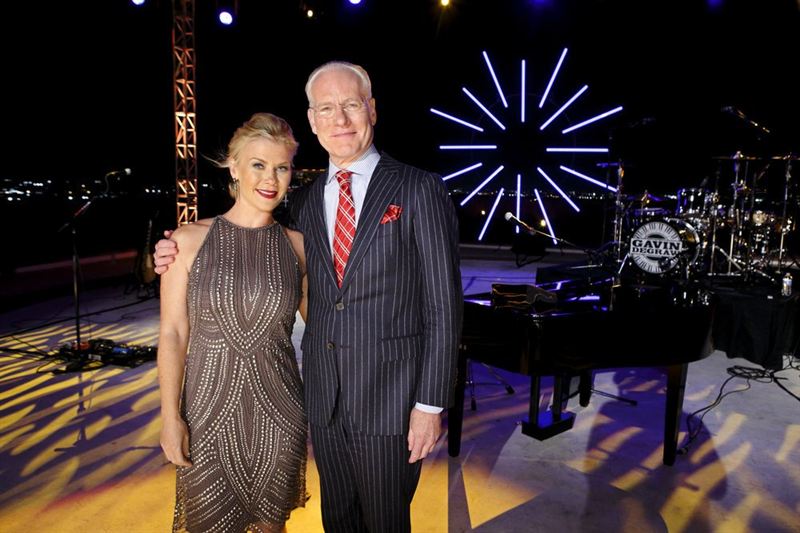 'The Biggest Loser: Glory Days' kicks off 2015 with 4 must-see episodes leading up to season 16 live finale

It's an action-packed January on NBC's "The Biggest Loser: Glory Days" with four can't-miss special episodes leading up to the live finale Thursday, Jan. 29 (8-10 p.m. ET), when one contestant will be crowned the season 16 winner.

The previously announced Kauai episodes conclude on New Year's Day (8-9 p.m.), with contestants celebrating the new year by facing their fears, island-style, and competing in a fun, lacrosse-inspired challenge before returning to the ranch for a red-line elimination.

Then it's time for one of the most eagerly anticipated events of the season: the fan-favorite makeover episode airing Thursday, Jan. 8 (8-9 p.m.). Fashion expert Tim Gunn and celebrity hairstylist Ken Paves return to create inspirational transformations with the four remaining ranch contestants and the two eliminated players at "Comeback Canyon." After the ranch contestants get new looks, they are reunited with their loved ones on a downtown rooftop overlooking Los Angeles. It's a magical night that also features a surprise live performance from Grammy-nominated singer/songwriter Gavin DeGraw, performing his hit single, "Fire."

Meanwhile, the made-over "Comeback Canyon" contestants are treated to emotional reunions with their loved ones separately, 15 weeks after leaving home. And the stakes have never been higher at "Comeback Canyon," because this week's weigh-in winner will be the one making a surprise return to the ranch with trainer Bob Harper, and securing a spot as a finalist.

The long-awaited episode on Jan. 15 (8-9 p.m.) marks Bob's return to the ranch, with his player ready to re-join the competition. It's a game-changing surprise for the ranch contestants, who don't know "Comeback Canyon" exists, or that Bob is even part of the current season. The four contestants left are excited to see their former teammate again, but fiercely determined to stay in the competition.

"Today's" lifestyle and fitness correspondent, Jenna Wolfe, shares her passion for fitness as a guest trainer Jan. 22 (8-9 p.m.), putting the contestants through an intense workout during their final week on the ranch. Then, contestants watch heartwarming journey packages with their trainers and see just how far they've come since stepping on the ranch more than four months earlier. Later, at a weigh-in where the stakes are higher than ever, the final four become the final three.

Finally, on Jan. 29, in a special two-hour live finale (8 p.m.), all of the former athletes who made up the season 16 cast return to weigh-in one last time. Those who have been eliminated will compete for the $100,000 "at home" prize. Then it's the moment viewers have been waiting for, when one of the three finalists will be named this season's "Biggest Loser" and win the coveted grand prize of $250,000.