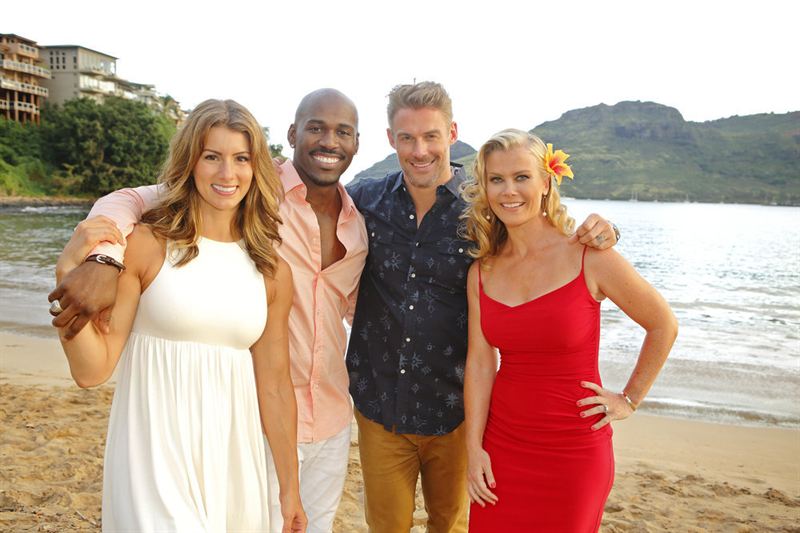 Contestants face their fears, compete in Hawaii-inspired challenges and explore the beautiful island paradise of Kauai

The final six players on "The Biggest Loser: Glory Days" leave the ranch behind and head to the island of Kauai in two special episodes airing Thursday, Dec. 18, and Thursday, Jan. 1 (8-9 p.m. ET) on NBC. There they'll continue the competition against the scenic backdrop of Hawaii's "Garden Island" and do everything they can to avoid falling below the dreaded red line at weigh-in.

The first Kauai episode, airing Dec. 18, begins at the Waimea Canyon State Park, often called "the Grand Canyon of the Pacific." A visit to a beautiful stretch of white sand beach follows, where trainers Dolvett Quince, Jessie Pavelka and Jennifer Widerstrom put the final six through an intense workout. Then, in an island-style challenge, they all hop into kayaks and paddle out in the ocean to retrieve a bag of puzzle pieces. The finished puzzle reveals the prize for the winning contestant: a private helicopter tour of Kauai, with dramatic views only accessible by air.

Later, one trainer and a contestant face their fears together about the open water and go snorkeling near Anini Beach. Then, all players paddle in outrigger canoes to the Kauai Marriott Resort at Kalapaki Beach for a picturesque weigh-in, which will determine who is going home - and who gets to stay in paradise for another week.

The second Kauai episode, kicking off the new year Jan. 1, finds contestants making resolutions to ensure 2015 is their best year yet. The contestants will face their fears Kauai-style. Dolvett encourages one reluctant player to push past his fear and join him rappelling down a cascading waterfall, while Jessie takes another on a rope-swinging adventure in a tropical rainforest.

While in Kauai, Jennifer also shows the players how to make healthy, Hawaii-inspired tacos. Then it's time for a fun challenge, a lacrosse-inspired obstacle course with coconuts that will reward the winner with a one-pound advantage on the scale.

Meanwhile, back in California at trainer Bob Harper's "Comeback Canyon," two players have to face their fears in a balancing challenge 25 feet up in the air before a weigh-in sends one player home for good. Then the five remaining contestants leave Kauai and head back to the ranch, where a red line at the weigh-in determines which player is eliminated, and who the final four contestants will be.