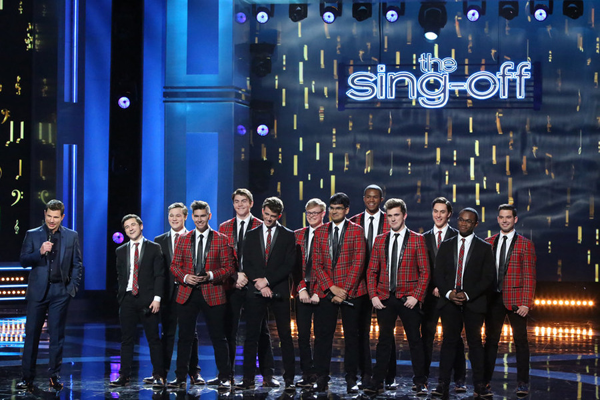 "The Sing-Off," NBC's No. 1-rated a-cappella music competition, returns to the road in 2015 for the second national "The Sing-Off Live! Tour," kicking-off Feb. 17 in Verona. Tickets go on sale Friday at 10 a.m. Visit singofftour.com for complete ticketing information and tour updates.

"The Sing-Off," which launched a-cappella groups Pentatonix and Home Free onto the national stage, will air this season as a special one-night, two-hour television event Wednesday, Dec. 17 (9 p.m. ET/PT), on NBC.

"The Sing-Off Live Tour!" will feature fan favorite groups VoicePlay (season four) and Street Corner Symphony (season two), plus one more group from this year's television special. On tour, the groups will perform a-cappella versions of this year's chart-topping hits as well as favorite arrangements from the TV show.

The tour will offer the ultimate a-cappella experience, giving fans of the show a unique opportunity to see their favorite groups perform live, and fans of a-cappella music an evening of some of the country's top talent. In addition to headlining talent, each concert will feature local - cappella groups to open the show, allowing fans of the genre the chance to discover top local talent.

The 2015 tour will feature musical direction by Deke Sharon, known among the a-cappella community as "The Godfather of Contemporary A-Capella." In addition to working as arranger, consultant and producer on "The Sing-Off," Sharon served as musical director and arranger for the hit film "Pitch Perfect" and the upcoming "Pitch Perfect 2." The tour will include individual sets from each act, new group numbers, ultimate sing-offs and a few surprises.

"A-cappella is at its very best when experienced in person, which is why I'm thrilled to be working with 'The Sing-Off Live! Tour' once again, bringing some of the world's greatest groups to theaters around the country," Sharon said. "People will not believe their ears when they hear our 'Sing-Off' stars, and we love introducing audiences to their own fantastic local groups."

VIP Nation will provide exclusive access to VIP ticket package experiences for the tour. Fans can visit singofftour.com for more information, and to purchase tickets and VIP packages.

"The Sing-Off" is the top-rated a-cappella music competition series. It's hosted by multi-platinum recording artist Nick Lachey. This season's two-hour holiday special showcases six new groups who compete for a first-place prize of $50,000. Returning judges Jewel and Shawn Stockman will be joined by Fall Out Boy frontman Patrick Stump. 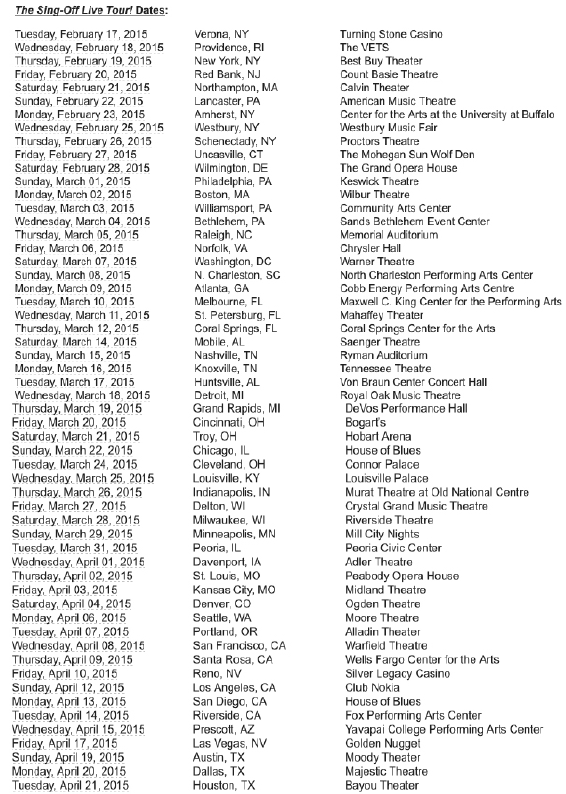 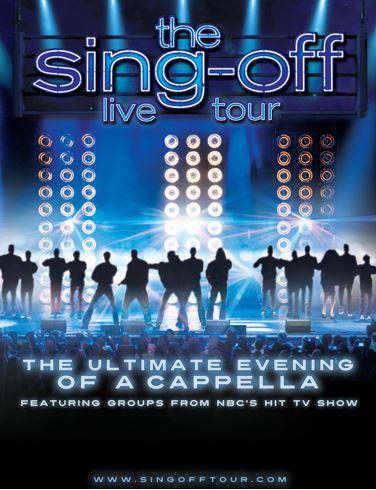