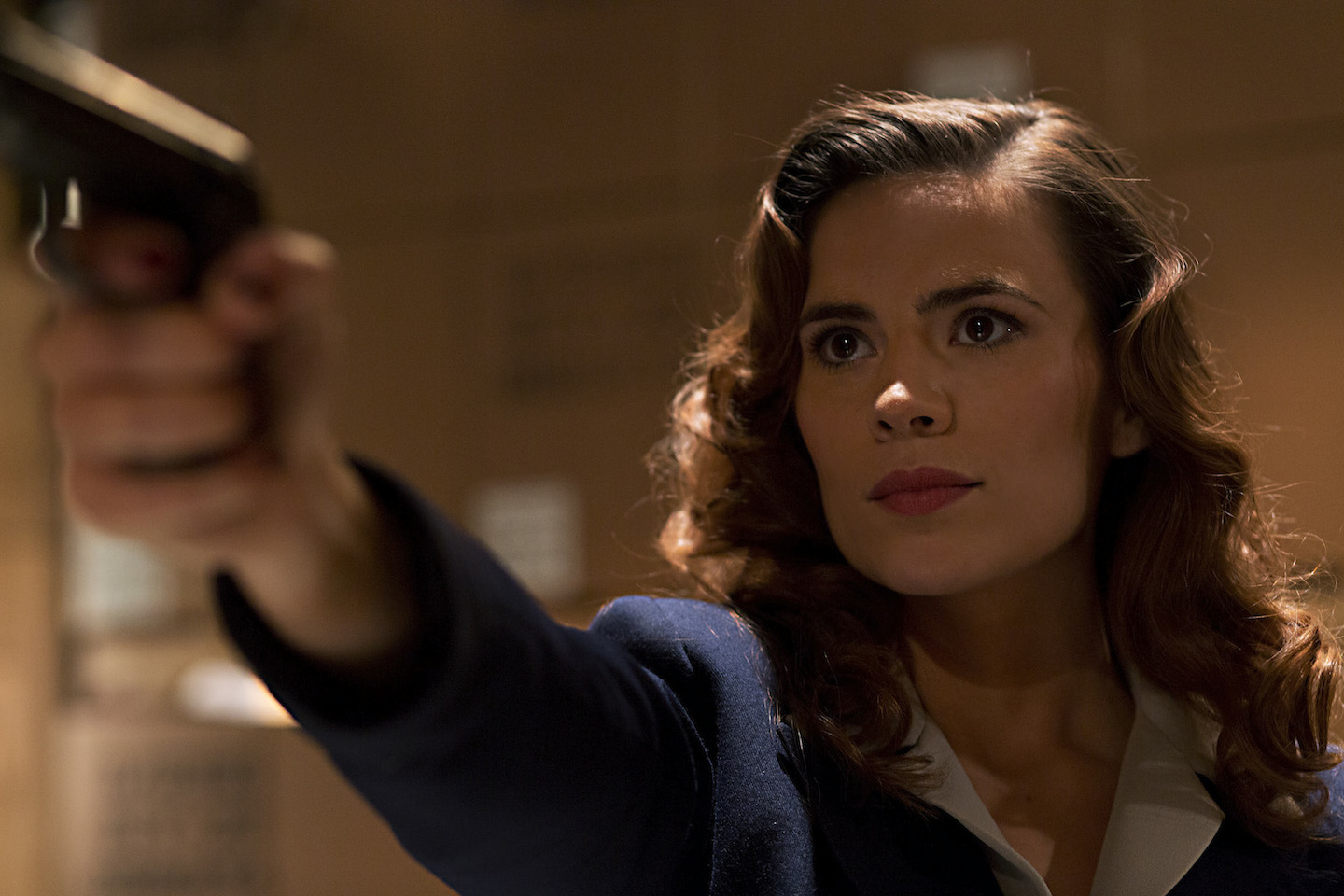 'Marvel's Agent Carter' to debut with a two-hour premiere, Tuesday, Jan. 6, on ABC

It's 1946 and peace has dealt Agent Peggy Carter (Hayley Atwell) a serious blow as she finds herself marginalized when the men return home from fighting abroad. Working for the covert SSR (Strategic Scientific Reserve), Peggy finds herself stuck doing administrative work when she would rather be back out in the field, putting her vast skills into play and taking down the bad guys. But she is also trying to navigate life as a single woman in America, in the wake of losing the love of her life, Steve Rogers - aka Captain America.

When old acquaintance Howard Stark (Dominic Cooper, "Marvel's Captain America: The First Avenger") finds himself framed for unleashing his deadliest weapons to anyone willing to pony up the cash, he contacts Peggy - the only person he can trust - to track down those responsible, dispose of the weapons, and clear his name. He empowers his butler, Edwin Jarvis (James D'Arcy), to be at her beck and call when needed to help assist her as she investigates and tracks down those responsible for selling these weapons of mass destruction. If caught going on these secret missions for Stark, Peggy could be targeted as a traitor and spend the rest of her days in prison - or worse.