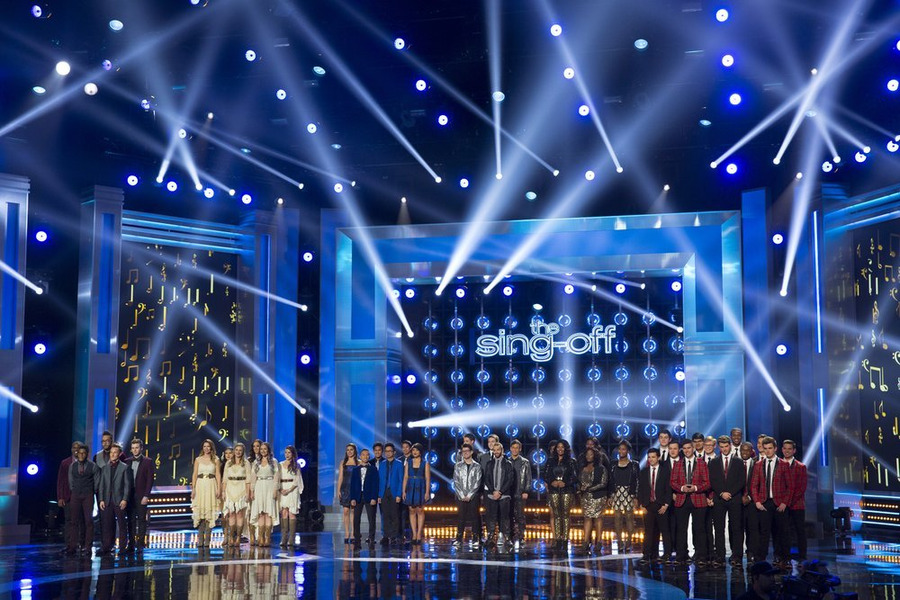 NBC has announced the six groups competing for a first-place prize of $50,000 on the two-hour special (8 p.m. ET/PT) of the musical competition series "The Sing-Off" Wednesday, Dec. 17.

From Nashville, Timothy's Gift is comprised of six women who met at church and often sing at maximum-security prisons around the country to inspire inmates to have hope.

Also from Nashville is Melodores, a group of 12 male students who attend Vanderbilt University. Founded in 2009, Melodores strives to be the best all-male collegiate group in the world. Lead singer Ted Moock is featured in the upcoming film "Pitch Perfect 2."

From Los Angeles, several members of The Exchange battled against each other on different teams in season three, but have now combined forces to bring their united voices to a new musical level.

From New York, Traces are five spirit-filled divas who give gospel a modern twist with voices as big as their personalities. With their roots firmly entrenched at church, these women find time away from work to perform afternoon shows in front of appreciative and awe-filled audiences.

From Northern California, San Fran 6 has a passion for pop. After having formed just a little more than a month ago by compiling the best a-capella talent from the Bay Area, the group has all-star talent that is ready to shine.

From New Haven, Connecticut, A. Squared is offering their innovative take on a-capella reinvented. In fact, leader Jacob Reske turned his senior project into an hour-long 12-song performance.

Also performing on the special will be season four "Sing-Off" champions, Home Free, who will sing with host Nick Lachey and all three judges (Jewel, Shawn Stockman and Fall Out Boy frontman Patrick Stump), as well as season three winner and popular group Pentatonix.

"The Sing-Off" fans can visit the official show site at http://www.nbc.com/sing-off/.