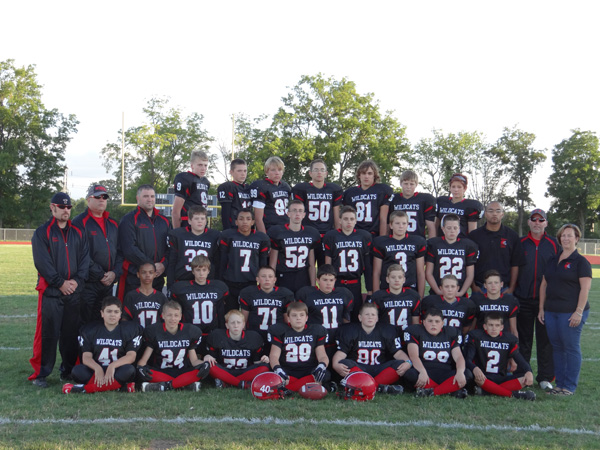 The Niagara Wheatfield Amateur Athletics Wildcats football team won the 145-pound division with a 7-0 record. This is the Wildcats' second consecutive undefeated season.

The NWAA Wildcats scored with a 25-yard field goal by Tristian Vandenberg on their first possession. In the second quarter, the Wildcats were going to punt but faked Wilson out and Jake Dewolf ran in a 33-yard touchdown. Vandenberg's kick was good enough to make the score 11-0 to end the first half.

Wilson started the second half with a pick 6 making it 11-6. They tried an onside kick but Wildcat Kenny Jungier recovered it on the 50. Wilson's defense held the Wildcats but on another fake punt Dewolf ran in a 45-yard touchdown and also ran in the extra point to put them up 18-6, which was the final score of the game.

The NWAA Wildcats will start the playoffs Sunday against the TFC Redskins under the lights in Wilson at 7 p.m.