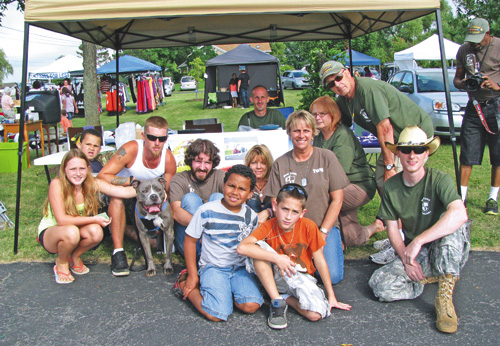 An added bonus was finding everything from dog collars to homemade dog biscuits to dog Halloween costumes in the variety of tents set up in the SPCA parking lot.

Janelle Harris of LaSalle was there with her K9 Krunchers, all natural gourmet dog treats.

She and her husband, Randy, are "dog people."

"We love our dogs and everybody else's, too," he said.

She started the business about four years ago. "I got laid off and decided to make dog treats. I've been doing it ever since," she explained.

She started with maybe three recipes and now is up to 15, she said. Her customers can find items such as Barkin Bacon, Peanut Butter and Banana Biscuits and some very realistic looking french fries. Her chief tester, Meadow, was happy to oblige her owner by posing for photos when offered a treat on Saturday.

"Part of our proceeds always go to an animal rescue. That's important to me," Janelle said.

Another vendor Lori Hoffman of Kenmore was offering dog-centered items for both humans (including dog print fleece pants) and canines (dress up your pup for Halloween).

She heard about the Niagara County event at the recent Dog Days of Kenmore event. While the SPCA crowd here was smaller than in Kenmore, she expects it will grow.

Also on hand was a large group of volunteers from Dog Tags Niagara. The group pairs returning veterans with shelter dogs, so both find healing.

Roxie, one of the already adopted rescue dog, showed everyone what a calm lady a rescue dog can be, despite her size. 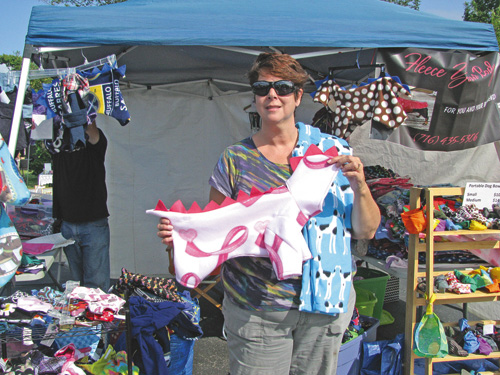 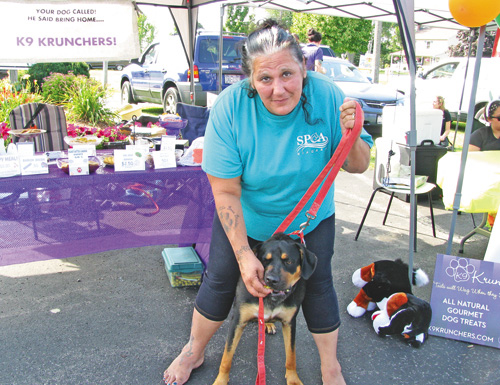