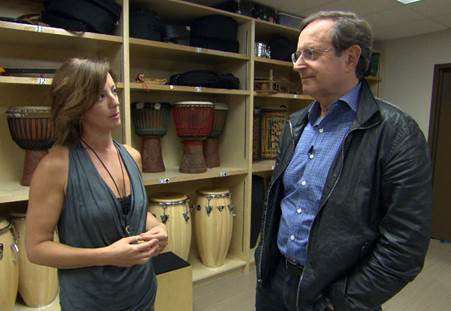 Singer-songwriter Sarah McLachlan couldn't write songs following a divorce, the death of her father and the breakup with a manager, she tells "CBS Sunday Morning with Charles Osgood"

Grammy winning singer-songwriter Sarah McLachlan couldn't write songs during a difficult period in her life where she went through a divorce, the death of her adoptive father, and the breakup with a manager, she tells Anthony Mason in an interview for "CBS Sunday Morning with Charles Osgood" to be broadcast July 27 (9 a.m.) on the CBS Television Network.

But the songs came eventually, and now McLachlan, who has sold 40 million records, is back on the road touring this summer. However, she tells Mason there was a rocky period where she was musically "nowhere."

"I would play music. But I didn't have it in me to write anything," McLachlan says. "I need to play the piano everyday - it's like some people have a glass of wine. I go play the piano and it just calms me down."

Her new CD, her first in four years, is partially dedicated to her father, who died in 2010. "It kind of took me that long to recognize what I'd lost and what that meant to me moving forward," she says. "And also what he'd given me."

McLachlan talks with Mason about her new music, creating and performing on the all-women Lilith Fair tour from 1997-99, and her afterschool program for inner city children in Vancouver. Three years ago, with help from the city, McLachlan found a permanent home for the Sarah McLachlan School of Music.

"It's fulfilling," McLachlan tells Mason. "And you know people ask me what I'm the proudest of. And I always say it's this place."