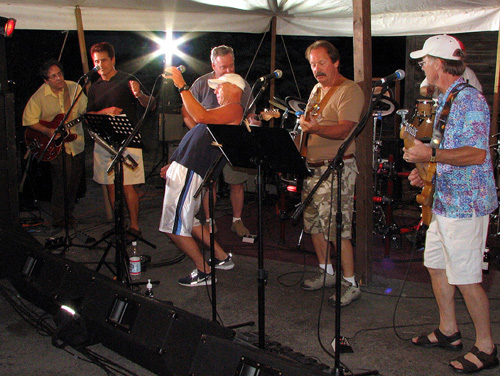 The Lewiston Council on the Arts will bring back Lewiston's own 1960s rock musicians and friends for the 10th annual "Summer of '69" concert Friday, July 11. The fun starts at 6 p.m. at the Hennepin Park Gazebo (Center and South Fourth streets).

Members of Lewiston's own super-groups - the County Orphanage, the Invaders and the Lewiston All Stars - will perform favorites from the '60s, '70s and '80s. Special guest and Grammy Award winner Gary Baker, former Invader County Orphanage bass player, will perform some of his No. 1 hit songs.

Baker has worked with performers including the Backstreet Boys, Alabama, Lone Star and All-4-One. He has created such hits as "I Swear," "I'm Already There" and "Once Upon a Lifetime." This year, Baker will team up with family members and former local bandmates to make this a truly unforgettable show.

Some Lewiston-lovin' musicians and audience members come from as far away as Idaho, Alabama, Georgia, Louisiana and Virginia to enjoy the free event.

"Summer of '69" is sponsored by Sevenson Environmental Services and Modern Corp.