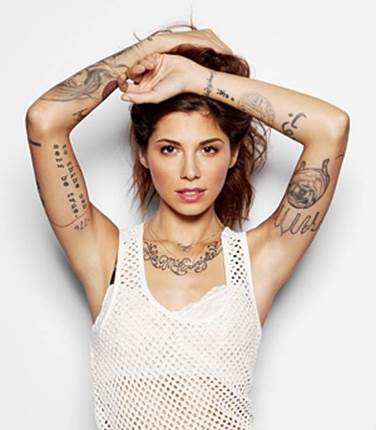 Christina Perri 'The Head or Heart Tour' comes to Buffalo

During the summer of 2010, Perri - a 23-year-old café waitress who had been moonlighting as an unsigned songwriter - went from obscurity to the upper reaches of the Billboard charts in two short weeks. While recording an EP in Los Angeles, she contacted a choreographer from the TV show "So You Think You Can Dance." Weeks later, one of Perri's piano ballads, "Jar of Hearts," was used in an episode of the show, and public demand for the single led her to release "Jar of Hearts" independently.

More than 100,000 people downloaded the song during its first two weeks, helping it crack the Billboard Top 40. Perri subsequently inked a record contract with Atlantic. The following February, "Jar of Hearts" climbed to platinum status as Perri put the finishing touches on her debut album.

"Human," the first single and Top 10 hit from Perri's new album "Head or Heart," has been certified platinum. The companion video has 26 million views and counting on her YouTube channel, www.youtube.com/user/lovemspenny.