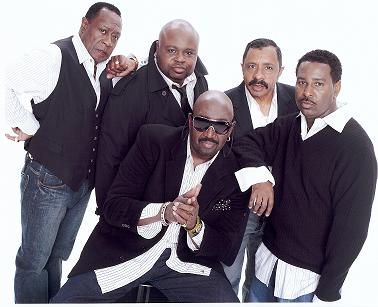 The Temptations are bringing hit songs "The Way You Do The Things You Do," "My Girl" and more to North Tonawanda when their national tour visits The Historic Riviera Theatre Thursday, July 31, at 7:30 p.m.

It all began with Otis Williams. Were it not for his determination, Motown's super group, The Temptations, may never have been. He was the one whose smooth and creamy vocals would blend it all together. He made it known from the beginning that he was the leader and businessman of the group. Despite many personnel changes in the group over the years, it was his stability that would keep the legacy alive.

In the late 50s, Williams would put many little groups together with members dropping in and out. In 1959, he befriended schoolmate Melvin Franklin after hearing his voice on a track by The Voicemasters, and invited him to join his group, The Distants.

By early 1961, Eddie Kendricks and Paul Williams, members of a rival group, The Primes, would join members of The Distants - Williams, Franklin and Elbridge Bryant - to form the Elgins. After auditioning for Berry Gordy and signing a contract with Motown, the group became The Temptations.

Today, Williams is the lone original group member. Since 1995, all of the other members have passed on. Through numerous personnel changes, Williams has pressed on.

In 1988, he wrote his autobiography relating the story of how it all began. In 1998, NBC featured his story in a made-for-TV miniseries. The highly successful miniseries brought back a flood of memories, and would result in the birth of a whole new generation of Temptation fans.