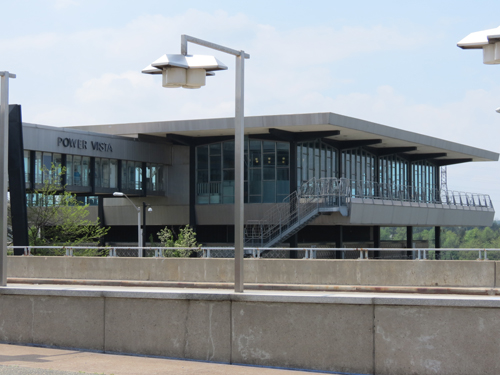 New exhibits and programs will spotlight advances in energy technologies

The New York Power Authority is undertaking a more than $13 million modernization of its three hydroelectric project visitors centers in Western New York, Northern New York and the Northern Catskills, to upgrade the exhibits, displays and facilities. The comprehensive redesign and reconstruction will incorporate the latest hands-on interactive technologies and reflect the transformative changes occurring in New York state's electric power industry under Gov. Andrew M. Cuomo from the increased use of clean renewable power resources, smart grid technologies and energy efficiency.

Last year, the three facilities drew nearly 200,000 visitors, as key tourist attractions for those parts of the state. In addition to their exhibits and displays on energy and NYPA power programs and customers, the facilities are community centers for special events such as wildlife festivals, antique car shows, Fourth of July and Halloween celebrations, and for wide-ranging civic activities.

On Thursday, the NYPA board of trustees approved a multimillion-dollar competitively bid contract award to Hadley Exhibits Inc., a Buffalo firm, to develop content and detailed designs for the fabrication and installation of the new exhibits. The award followed a previously approved contract authorization with another New York firm that conducted preliminary engineering work for the new exhibits and of other additions and modifications to the facilities that have a significant element of NYPA staff involvement.

"The planned upgrades of our Niagara Power Vista and two other upstate visitors centers are the latest examples of the importance that the Power Authority places on being an integral member of the communities where our hydroelectric plants are located," said John R. Koelmel, NYPA chairman. "I am particularly pleased that a highly qualified Buffalo firm, Hadley Exhibits, has been chosen to oversee the improvements. The three visitors centers will benefit from the company's demonstrated expertise."

"The modernization and redesign of our visitors centers will further add to the value of these important community resources as must-see attractions for locals and tourists alike," said Gil C. Quiniones, NYPA president and CEO. "The Power Authority takes great pride in the integral role that our visitors centers play in the communities and in their highlighting our sustainable hydroelectric plants and the new energy technologies that we deploy in our business and with our customers."

In addition to the multiple dimensions of the new hands-on exhibits, the improvements will also include redesigned floor layouts to enhance accessibility, and modified signage, lighting and electrical infrastructure.

The upgrades at the Niagara Power Vista, which welcomed its 7 millionth visitor in 2013 during its 50th anniversary year, will begin this summer, with the work to be completed by the spring of 2016. Among the infrastructure improvements will be the installation of an elevator, to go along with an existing escalator. The center's seven-day-a-week operating hours are not expected to be affected by the exhibit upgrades, which will be largely conducted between the fall and spring months to avoid the summer tourism season. NYPA will coordinate the work with Hadley to mitigate any impact on visitors and will keep the public informed.

The upgrades at the St. Lawrence and B-G visitors centers will commence in the fall of 2015 and be completed in the spring of 2017. As with the Power Vista, the operating hours for those two visitors centers are not expected to be affected.

"I'm delighted that Hadley Exhibits, a Western New York firm, was chosen for the comprehensive renovation of one of Western New York's key educational and tourist destinations - the Power Vista Visitors Center - in spotlighting the historic role of hydropower along the Niagara Frontier," State Sen. George Maziarz said. "The improvement will also highlight other sustainable solutions that New York state is pioneering to enhance energy supply diversity and reliability and create jobs."

"As chairman of the Senate Committee on Environmental Conservation, I am pleased to see these three hydroelectric visitor centers upgraded," State Sen. Mark Grisanti said. "These plants represent some of the best and most important hydroelectric plants in the country. What they represent both in terms of environmental and power production importance is off the charts. These centers will help bring in people and show them the important role these facilities play."

"I applaud NYPA's efforts to enhance and upgrade the three hydroelectric project visitors centers in Western New York, Northern New York and the Northern Catskills," said Assemblyman John Ceretto. "Those who visit will now get a whole new understanding on how clean renewable energy plays an important role in New York state. Tourism is important to our economy. These improvements will provide quality family entertainment, which will go a long way in improving our appeal to tourists."