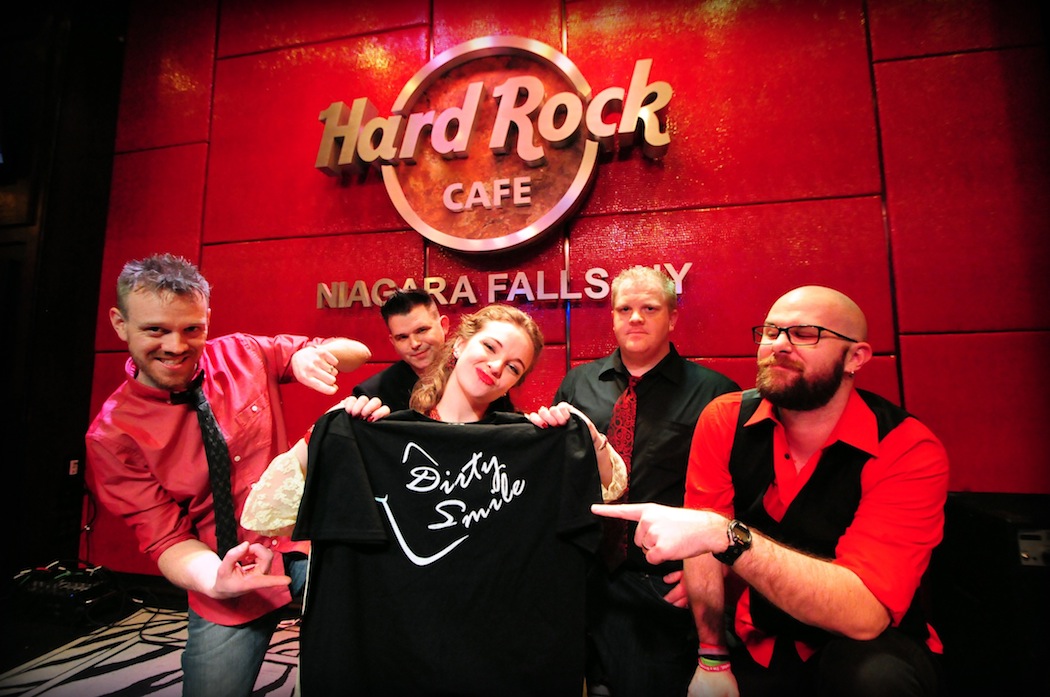 Buffalo's own Dirty Smile wants to perform in Rome.

But they'll need your help.

The Hard Rock Café is searching for local rock stars to take the stage in the heart of the Roman Empire with "Hard Rock Rising," the world's largest and most far-reaching battle of the bands competition. The winner of "Hard Rock Rising" will receive an all-expenses paid trip to Rome to perform at the first "Hard Rock Live Rome" music festival this summer.

Dirty Smile won the local competition and advanced to the national finals.

The global battle of the bands is in its final stage with 85 bands competing for the grand prize. You can help Dirty Smile win and play for 40,000 fans at "Hard Rock Rising" in Rome, Italy. Visit the Hard Rock Café, Niagara Falls, USA, Facebook page to cast your vote for Dirty Smile (and download free music).

Dirty Smile was formed in Buffalo in 2011 when songwriter and rhythm guitarist Gus Walters and lead guitarist Dan Helbling were introduced to an extremely powerful singer in a small package: Texas transplant Megan Brown. It didn't take long for the trio to realize the combination of Walters' songwriting and acoustically furious guitar playing, Helbling's gritty, hard-rock influenced lead lines, and Brown's flawless voice and ability to take any melody line over the top was an absolute fit.

Enter the rhythm section. Bassist Mike Suda was brought in to lock down the low end, and to fill in the spaces with his moving bass lines. Finally, after an exhaustive search for the right fit on drums, the foursome turned to Erik Eimiller, Suda's longtime friend. Eimiller brings with him an English rock-influenced, almost tribal element, along with timing and punch.

The energy this band creates - its vigor and vivacity - is evident both on a track and in a live setting.

Currently, Dirty Smile is in the process of recording their first full-length album. "Siren," their first single, is just a taste of the musical depth this band has to offer. It can be found on most distribution channels, including iTunes and Amazon.

What: Hard Rock Rising winners representing Western New York against 85 other bands globally to open "Hard Rock Live" July 12 in the heart of one of Europe's most famous cities, Piazza del Popolo Square in Rome.

In 2010, Western New York band More Than Me won and went to "Hard Rock Calling" in London to open for Sir Paul McCartney.