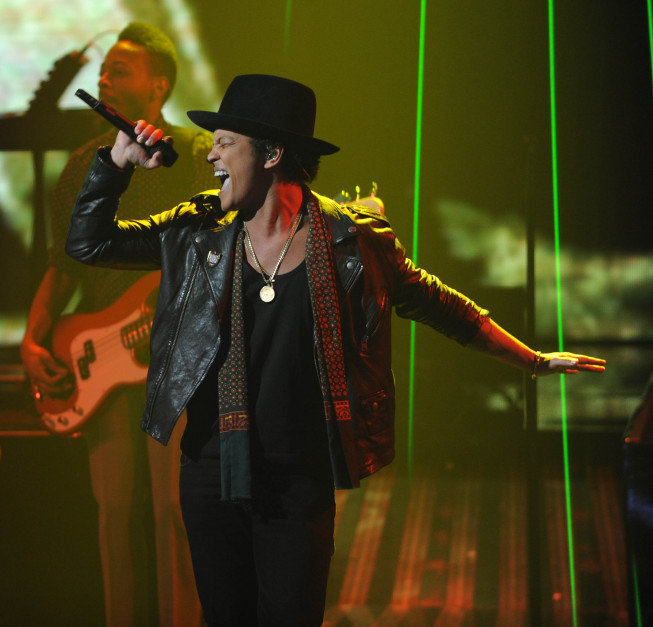 No stranger to the FOX Network, Bruno Mars has performed on "The X Factor," as pictured, and at Sunday's Super Bowl. (FOX photo by Ray Mickshaw)

Bruno Mars blew everyone's mind at this year's Super bowl. The 5'5" singer had a lot of big shoes to fill, but in more ways than one, including the large performance by Beyoncé at last year's halftime show, he did.

There was a lot of anticipation for this performance, and Mars managed to amaze the crowd. He brought a mix of good, old-school and a sense of pop to the MetLife Stadium.

This past Sunday marked the 10-year anniversary of the memorable Janet Jackson and Justin Timberlake performance, so getting Bruno Mars to perform was a good alternative to offsetting the previously renowned scandal.

The performance started off with Mars playing the guitar, as if trying to prove to the audience that he is, in fact, a true musician and not just a pop singer.

An Earth, Wind and Fire-inspired band came to the main stage alongside Mars and performed the hit song "Locked out of Heaven."

After the song ended, Mars transitioned to some more old-school by doing some of James Brown's signature dance moves.

After performing another hit, "Treasure," Mars brought out his other guest band, Red Hot Chili Peppers. The cold weather did not stop the band from performing shirtless. Regardless of the chilly, 50-degree weather, they brought the heat by performing the song "Give It Away."

The band earned a lot of heat when bloggers and spectators noticed members' instruments were not plugged in.

After the fiery performance, the crowd's attention was directed to videos of service men and women giving messages to their families while Mars finished the performance with the beautiful ballad "Just the Way You Are."

There was a lot of doubt regarding how Mars would perform at the Super Bowl, but he certainly stole the show.