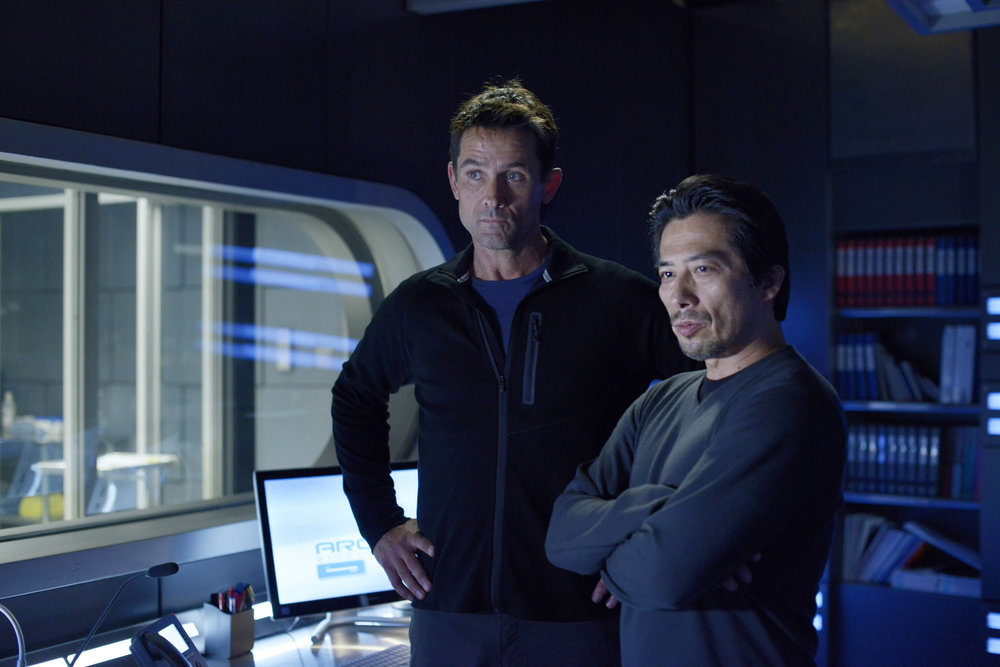 Intense actors square off in 'Helix'

While the super-powered vectors are keeping "Helix" fans on the edge of their seats, this writer is waiting for a no-holds-barred face-off between Dr. Alan Farragut (Billy Campbell) and Dr. Hiroshi Hatake (Hiroyuki Sanada).

Just imagine what would happen if two of Hollywood's most intense actors were thrown in a room together and asked to have at it?

In one corner, you would have Campbell, who was a likable hero in Disney's "The Rocketeer" before trying his hand as an ambassador for "The 4400," fighting J-Lo as an abusive husband in "Enough," and going bat-crazy as a killer on "Shark."

In the other corner, you would have Sanada, a man who let his sword do the talking in "47 Ronin" (beating up Keanu Reeves) and "The Last Samurai" (beating up Tom Cruise). He was also the first actor to play Takeda, the man who trained Emily Thorne on "Revenge."

It would be an epic on-screen moment. The intensity level would likely rip a hole right through the Arctic base their characters share.

Actress Kyra Zagorsky co-stars with Campbell and Sanada in "Helix." She offered high marks for her castmates.

"Oh my gosh. Well, working with Billy is incredible," she said. "I mean, he's technically amazing. He's been doing this for a long time. He's a master at what he does. He's very emotionally connected and full, and always available and powerful. And so it's an interesting combination.

"And the other thing about him is that he's a blast to work with. He's so funny. For me, the thing that I love about the show is the psychological thriller aspect of it. And it's frightening, and it's scary, and there're all these things that happen. You have these really dramatic scenes, and then you get in a scene with him, and I can't tell you how many times I would start cracking up. ... But he is just so funny, and he's just a blast to work with.

"And Hiro is somebody that I've always admired since I saw him in 'The Last Samurai.' I think he's an incredible person and artist, and he is always right there for you, and he's always supporting the story to its fullest.

"He was amazing. I learned so much from just being in the room with him.

"So I think, for me, they just raised the bar for me, and it feels like, as an actor, you're only as good as your scene partner, and I feel like anything that I do well on this show is probably from being in scenes with those two. So it was a pretty exceptional experience."