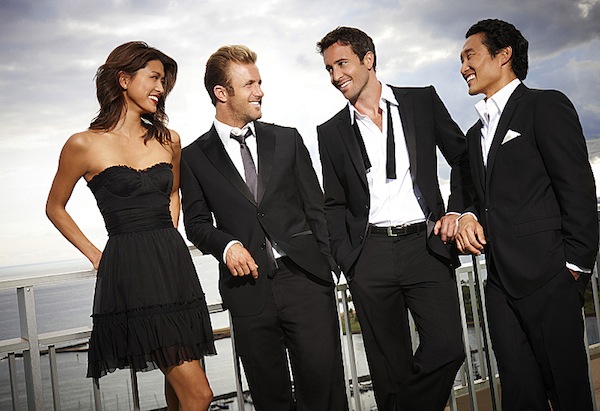 Wait?! Did you say the hula dancer killed the astronaut in a volcano using a snow shovel?!! Yep, it's fan-built

CBS announced today the "Fan Built Five-0" initiative where "Hawaii Five-0" producers invite viewers to help build an episode of the Friday night crime drama by going to CBS.com to select key story elements to be broadcast later this season.

For the next three weeks, viewers can log onto http://www.cbs.com/H50vote to vote on the following six key story points of an episode: Scene of the Crime, The Victim, The Murder Weapon, The Evidence, The Suspect and The Takedown. Within each element, there are seven choices.

When the voting on these six key elements closes on Oct. 31, the "Hawaii Five-0" writing staff will begin crafting the script using the winning results. After the New Year, before the episode begins production in Oahu, Hawaii, in February, viewers will continue to have input on other important elements in the episode throughout its production, such as props, cast wardrobe, music and the title.

"Viewers loved helping figure out the 'whodunit' episode last season," said Executive Producer Peter Lenkov. "Now, we want to up the ante by having viewers' input on the production of a show. From story to props, viewers will help call the shots. And yes, this is fun for me when I get to see just how creative our writers can be when the key elements are chosen."

"We are always looking for ways to engage with our viewers and reward fan loyalty," said Glenn Geller, executive vice president, current programming for CBS. "A 'Fan-Built Five-0' is another great example of how Peter Lenkov thinks outside the box in order to deliver exciting and original stories to the viewers."

"Last season's 'choose-your-own-ending' vote marked a television first," said Marc DeBevoise, EVP and GM, entertainment, news and sports for CBS Interactive. "With this episode, we're building on that milestone by creating interactive elements that give fans the ability to help shape the episode."

SCENE OF THE CRIME:

Now in its fourth season, "Hawaii Five-0" is broadcast Fridays (9 p.m.) on the CBS Television Network.