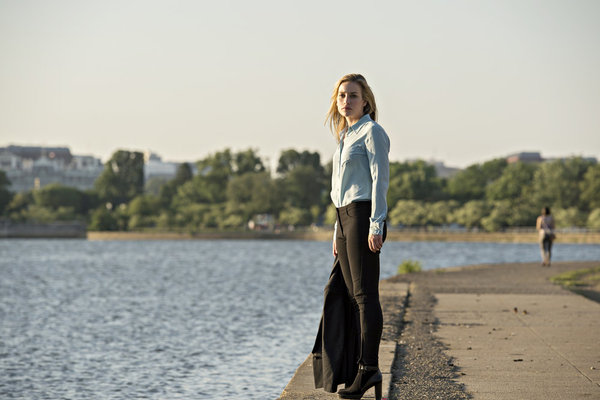 "No other series on television travels the globe to tell a story like 'Covert Affairs,' and we are pleased to bring it back for another season" said Chris McCumber, president of USA Network. "With its intricate storytelling, diverse characters and authentic locations, the series continues to be a cornerstone in our lineup of USA's original signature dramas."

Season four of "Covert Affairs" continues on Oct. 17 at 10 p.m., following the season premiere of "White Collar." The season finale is scheduled for Thursday, Nov. 21.

The critically acclaimed spy drama series stars Golden Globe-nominated Piper Perabo ("Coyote Ugly") as Annie Walker, a young CIA operative whose exceptional linguistic skills and killer instinct make her invaluable to the agency. As the fourth season continues, fans find an emboldened Annie Walker emerging from the life she once knew. Now, she's a spy operating off the grid without ties to her agency or the support of her beloved handler, Auggie (Christopher Gorham). Annie knows that tying Henry Wilcox (guest star Gregory Itzin) to the disastrous attack in Copenhagen is the best way to bring him down and that's exactly what she aims to do.

Leading up to the return of "Covert Affairs," fans can watch the first 10 episodes of the current season on VOD and use their mobile devices to access exclusive second screen content on USA Sync at sync.usanetwork.com (http://www.usanetwork.com/social/sync). They can also join the immersive online adventure "Sights Unseen: Auggie Undercover." The series gives them a glimpse into Auggie's past, prior to losing his sight, and explores his affair with Russian hacker Natasha (Liane Balaban). Fans can get started by logging on to www.sightsunseen.usanetwork.com via their desktop or tablet. After watching each of the webisodes, users can play a variety of mini-games designed to test their spy skills.