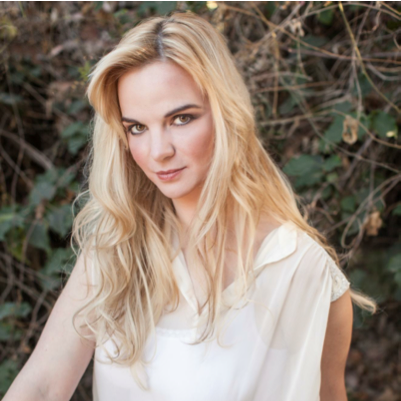 Whether your musical palette drives you toward soothing vocals, engaging and upbeat showmanship or homegrown country roots, there's a strong and mighty fusion of all three in "Doreen Taylor Live: A Buffalo Homecoming Benefit," a special, one-night only Vegas-style "feast for the senses" that brings the sultry Buffalo born-and-raised songstress back home for the first time since launching her career as an award-winning international recording artist.

Returning to the area where she was born and raised in a benefit for local charity Andrew's Army following a pair of recent sold-out shows in Philadelphia - Taylor's East Coast base - the Alden High School grad raises the bar on the 2013 tour for her breakout album, "Magic," Sunday, Oct. 20, in Asbury Hall at Babeville, 341 Delaware Ave., Buffalo. Show time is 7 p.m. Doors open at 6:30 p.m. Tickets go on sale Thursday, Aug. 29, at noon at www.babevillebuffalo.com (via tickets.com), by calling 888-223-6000, or at the Babeville box office.

"Magic" showcases Taylor's talents as not only a vocalist, but as a songwriter and musician. She prides herself on the raw, emotional vibe of her lyrics and multiple abilities to engage an audience. For "Doreen Taylor Live," she's designed an audience-interactive production that truly embodies the title of "Magic" by showcasing its grandeur with female dancers, special effects and lighting, video interaction, an 8-piece band and plenty more surprises - all delivered with a little bit of country, a lot of rock 'n' roll, and a Vegas flair.

Making her hometown debut as a headliner while supporting a local charity founded by one of her high school teachers makes this evening extra special for Taylor.

"I've been waiting several years to find the right opportunity to come back to Buffalo, and I am so excited to be able to do it with this production," she said. "I can't think of a better way to return to my roots! I love Buffalo and I am so ready to take no prisoners on that Babeville stage. This show is a feast for all the senses. We don't park and bark. We don't just sit there and play. I don't hold back."

Andrew's Army (www.andrewsarmy2012.webs.com) is a nonprofit organization created by Taylor's Alden High teacher, Lori Gramza, in memory of her son, Andrew Gramza, whose heart valves were donated after he was killed at age 21 in an automobile accident. The charity raises money and awareness about the importance of organ, tissue and blood donations for Upstate New York Transplant Services/Donate Life. By sheer coincidence (or divine intervention), Taylor's concert just happens to land on the three-year anniversary of Andrew's untimely passing.

"Lori Gramza was always an inspiration to me," Taylor said. "When I heard of her son Andrew's tragic passing in 2010, I knew I wanted to do something to help. And when I decided to bring the 'Magic' tour to Buffalo several years later, teaming up with Lori's charity was a no-brainer. Andrew's Army continues to save countless lives. I can't think of a more beautiful way to give back.

"To top it all off, when Lori told me the concert just happened to be scheduled on the third anniversary of the accident that inevitably ended Andrew's life, chills ran up and down my body. I knew right then and there something much deeper was happening. I believe that this isn't just a concert anymore - this is something much more magical."

Taylor's hometown upbringing gave way to a sudden and remarkable career at an early age when her town, family, congregation and, most importantly, Doreen herself, realized the true power and strength of her voice. While some singers feel performing since childhood has burned them out or shown them the wrong side of the industry, Taylor said she believes her young start has only made her stronger as a vocalist, songwriter and performer.

Taylor lays out all her emotions on stage to be transported into the hearts and ears of everyone in attendance. Showmanship always has been as important to her as the music behind it. And "Doreen Taylor Live" showcases her evolution as an artist to be reckoned with.

"Without straying too far from my roots, I wanted to make it accessible for everyone," she said. "Whether you like country, rock, pop, jazz or even funk, it's gonna be right there for you. It's a beautiful show."

Available at www.babevillebuffalo.com via www.tickets.com,www.doreentaylormusic.com, by calling 888-223-6000, or at the Babeville walk-up box office, 341 Delaware Ave., Buffalo.