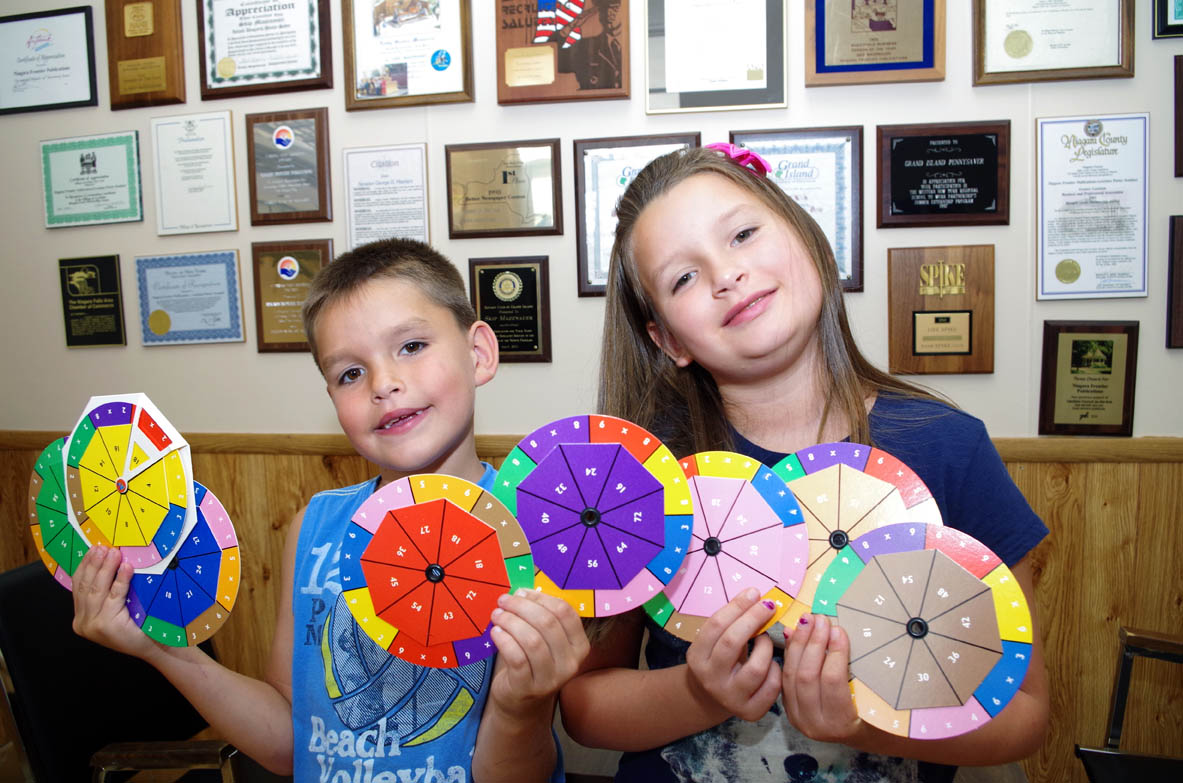 An Island mon's frustration with her third-grader's math homework was the inspiration for a new product.

Shirley Barberic has created  a teaching aid called The Fact Wheel that she said makes learning math fun. Her idea came six years ago when her daughter Marcy brought home an assignment that was a great concept in theory, but frustrating in practice.

"I thought of making it more fun and more creative for the kids to hold their interest a little longer."

She devised two colored connected wheels with math problems on one side and answers on the other. "If the colors match on the back side, then the kids know they're right immediately," Barberic said. "They don't really need any parental help. It gives the kids, I think, confidence and teaches them to be independent in their own thinking and learning, which is really what we all strive for, to develop individual and independent thinkers."

She  calls the product a  "compact, color-coded, self-correcting math manipulative that can be used as a game with friends or just individually to enrich your child's current math program."

The game includes a spinner, scorecards and eight interchangeable Fact Wheels that teach multiplication from 2x2 to 9x9.

The Fact Wheel was a hit at Huth Road School, where Barberic said she received positive comments from teachers who used it. The students learn at their own pace and are self-directed and self-correcting.

Barberic said she is hoping to make other versions available in the future for addition and subtraction, percentages, and beginning reading skills, or state capitals.

Her husband, Tony, "was very instrumental in helping in the whole process of design and manufacturing of it," she said.

She sells them at craft shows and on eBay (search The Fact Wheel).

The Fact Wheel is six years in the making and is now available at Pam's Gift Shop in the Grand Island Plaza and on eBay.

"It's been something I just believed in for a long time and really never given up on," Barberic said. "It's finally nice to see it become an actual product now that can help other kids."

Barberic is hoping an online contest will help make her new product availabe nationwide at Walmart. The Walmart Get on the Shelf competition offers a grand prize winner space for a new product on the shelves at Walmarts nationwide, Barberic said. The buying public will vote online for products they want to see in stores. (Visithttps://getontheshelf.walmart.com/product/187b/The-Fact-Wheel.)

The contest has  "kind of inspired me to continue on, because it was one of those things that was like a front-burner, back-burner of my life," she said. "Other things took priority, so it just stayed in my basement for months at a time, and then something would jar my creativity and memory."

Barberic had never invented anything before. While her own kids have outgrown the multiplication tables, other applications for The Fact Wheel "are pretty much limited only by creativity," she said.

"Anything that fits in the triangle window" will fit on a Fact Wheel, she said.