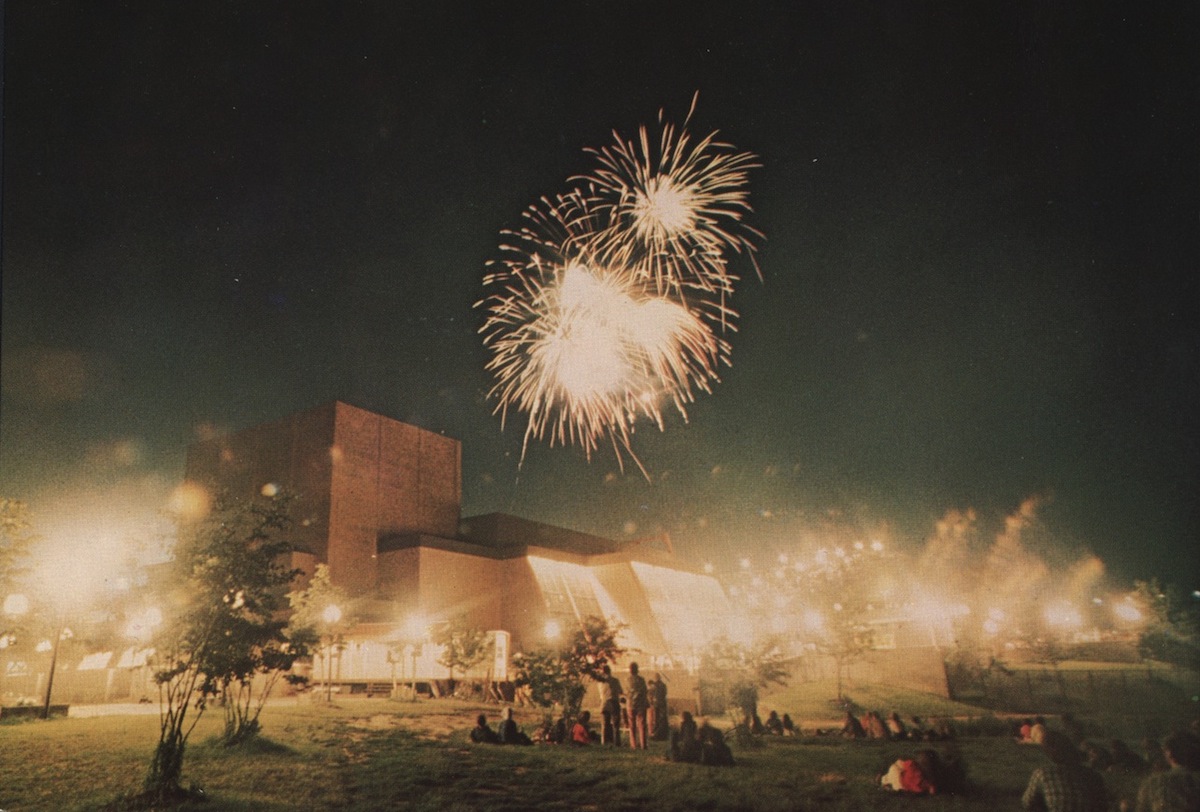 Artpark will celebrate 40 years with a re-creation of its opening night concert.

Magic was in the air on the night of July 25, 1974, as a brand new "Art" park celebrated its grand opening. The idea was something totally innovative and different for its time.

Four decades late, Artpark invites patrons to relive that thrilling night, on July 25 at 8 p.m. in the Mainstage Theater, with a very special re-creation of the program presented on the momentous opening night. "Artpark Opening Night 1974 Anniversary Concert" will feature JoAnn Falletta conducting the Buffalo Philharmonic Orchestra and special guest performers. The show will include classical favorites, hits from the Broadway stage, ballet vignettes, a dramatic 1812 Overture finale accompanied by a dazzling fireworks display, and free champagne for all.

Artpark President George Osborne said, "I have been fortunate to be a part of Artpark for the past 14 years and to share in the mission to keep the park viable and valid in the 21st century, but I wish I could have been here on July 25, 1974, when Artpark opened with much fanfare and began an era of unprecedented government support of the arts in the United States. That must have been a fabulous night, and the following years brought the best talent in the world to the stage of Artpark. Now we have the opportunity for one brief moment in time to relive that night and to share the exhilaration that all in attendance must have felt. Don't miss it."

Sponsored by Jaeckle Fleishmann & Mugel, this celebration concert will be hosted by television personalities Laurie Frey and Jack Armstrong. It will spotlight special guest performers, including pianist Norman Krieger, Broadway star Michele Ragusa, dancers from the Neglia Ballet and the Festival Ballet of Providence.

Krieger, one of the most acclaimed pianists of his generation, will be featured as a soloist on Chopin's "Andante Spianato & Grande Polonaise Brillante" Op. 22. Krieger is highly regarded as an artist of depth, sensitivity and virtuosic flair. A champion of contemporary music, Krieger has won many prestigious awards and regularly appears with major orchestras of North America.

Ragusa will perform Broadway classics including "Think of Me" from "Phantom of the Opera," "Till There Was You," from "Music Man," and "I Could Have Danced All Night" from "My Fair Lady." Ragusa has a truly distinguished career both on and off the New York City stage. She has starred in the Broadway production of Mel Brook's "Young Frankenstein" as Elizabeth (succeeding Megan Mullally) and received numerous accolades for her performances in Christopher Durang's "Adrift in Macao," "Kiss Me Kate" and "Into The Woods."

Dancing in Tchaikovsky's "Pas de Deux," Artpark welcomes Vilia Putrius and Mindaugas Bauzys of the Festival Ballet of Providence. Putrius has been principal dancer for several national ballet companies, she has also been frequently featured as a guest artist to the Neglia Ballet. Bauzys mastered his dancing in Copenhagen and St. Petersburg, he is currently principal dancer for the Festival Ballet of Providence and has been featured as an international guest artist.

Artpark will host a grand opening of the "40 for 40" alumni artist exhibit at 6:30 p.m. in the gallery prior to the anniversary concert. The exhibit is filed with paintings, drawings, video and sculptures from alumni visual artists from Artpark's legendary Artist in Residence program of the '70s and '80s. In celebration of Artpark's 40th anniversary, visual artists were asked to either exhibit a piece or create an on-site installation. Several of the installation artists will be at the gallery pre-show reception for a meet-and-greet, including John Morton, Scott Pfaffman, Scott Bye and Jeff Brosk.

The impressive gallery exhibit features works from Dale Chihuly, Martin Puryear, Dennis Oppenheim, James Surls, Nade Haley and more. The free-admission gallery will be open before and during the anniversary concert. Its regular hours are Tuesdays and Saturdays, from 10 a.m. to 4 p.m. and during all Mainstage performances.

Fifteen on-site installations will be completed in various locations throughout Artpark by the end of July. Several are currently on display and can be viewed at no charge. Visit www.artpark.net for more information and installation locations.

Tickets for the "Artpark Opening Night 1974 Anniversary Concert" event are on sale now and are $45 for prime, $35 for Section A and $25 for sections B and C. VIP tickets are available for $75 and include prime seating and access to a pre-show reception in the gallery and a post-show reception on the theater terrace.