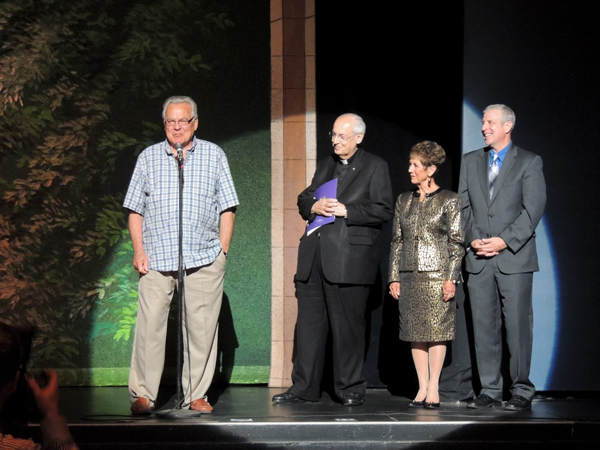 This one's for 'Bro'

Artpark dedicates 'The Sound of Music' to Brother Augustine

On Thursday, before the first performance of "The Sound of Music" at Artpark, a special presentation took place on stage. George Osborne, president of the performing arts venue, dedicated the eight-show run to Brother Augustine Towey, C.M., the visionary leader of Western New York's theater community who passed away last Thanksgiving.

The last time Artpark produced "The Sound of Music," in 1997, Brother Augustine served as director of the musical. He was the founder and director of Artpark Repertory Theatre from its inception in 1975 until 2003.

On hand to pay tribute to Towey was the Rev. Joseph Levesque, C.M., president of Niagara University; Dr. Sharon Watkinson, professor and chair of theater; and Steve Braddock, director of theater.