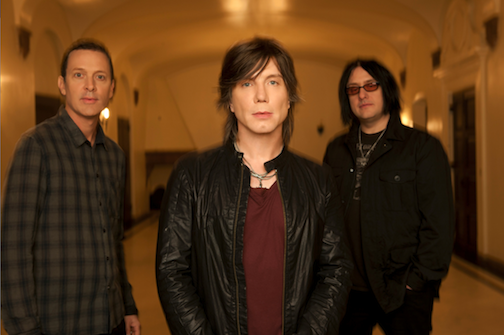 The Goo Goo Dolls new album "Magnetic" has debuted at No. 8 on the Billboard Top 200 chart, with almost 29,000 copies sold first week. The 10th studio album for the multi-platinum, Grammy-nominated band features debut single "Rebel Beat," which is currently climbing the charts at Hot AC radio.

The Goo Goo Dolls celebrated the June 11 release of "Magnetic" with a performance of "Rebel Beat" on "Good Morning America," followed by an appearance on "LIVE with Kelly & Michael" June 12. "Rebel Beat" can also be heard for the next month in the promos for HGTV's new show "Brother vs. Brother," and in the latest installment of HGTV's #lovehome branding campaign. The band will perform "Rebel Beat" on Rachael Ray July 3.

To support "Magnetic," the Goo Goo Dolls are hitting the road with Matchbox 20 next week. The nationwide co-headlining run will kick off June 25 at the Verizon Wireless Arena in Manchester, N.H., and run through August. Enter to win a trip to see Goo Goo Dolls and Matchbox 20 here: http://connect.googoodolls.com.

The Goo Goo Dolls have sold more than 10 million albums worldwide, with 14 Top 10 radio hits, more than any other artist in the history of the Hot AC format. They are the only act to have three songs on Billboard's "Top 100 Songs from 1992-2012," including the No. 1 slot, for "Iris."