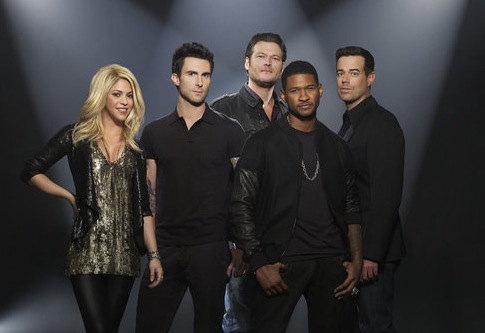 'The Voice' expands to two hours for live June 10, 17 telecasts

NBC's hit competition series "The Voice" will expand to two hours for the live June 10 and June 17 episodes.

For the June 10 program, the remaining artists will sing for both the coaches - Adam Levine, Shakira, Blake Shelton and Usher - as well as nationwide audience. At-home viewers will begin voting at the show's conclusion to see who moves on and who is eliminated.

The final artists will perform on the June 17 telecast, competing one last time before the newest champion is announced the following night.

For the recently completed 2012-13 traditional television season, the Monday edition of "The Voice" averaged a 5.2 rating, 14 share in adults 18-49 and 14.4 million viewers overall, making it the No. 3 primetime series on the broadcast networks in adults 18-49, the No. 2 entertainment series and the No. 1 reality series. It's the first time in 10 years, since the 2002-03 season, that Fox's "American Idol" has not ranked No. 1 among reality series in 18-49. The current cycle of "The Voice" has ranked No. 1 in its slot in 18-49 with every regular Monday and Tuesday telecast so far this cycle (excludes recaps).